Pete Heck, who has a weekly radio show on WIBC, hits a home run with a letter to the Indianapolis Star about the Indy Pride Parade:

Not that Ballard’s participation as the grand marshal over the display of hedonism known as the “Cadillac Barbie Indy Pride Parade” came as a surprise to anyone. Like most politicians these days, Ballard is simply  riding the waves of pop culture and whatever seems likely to garner him good press. 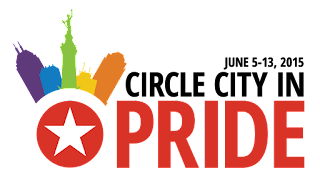 Ballard often speaks of lofty sounding ideals like “tolerance,” “acceptance” and “Hoosier Hospitality.” Yes, because nothing welcomes families to Downtown like subjecting them to city-sanctioned close encounters with men in dog collars and leather G-strings.

No one else seems willing to say it, so I will. It’s gross. And it in no way represents all people with same-sex attraction any more than a parade of pornographers would represent all with opposite-sex attraction. This isn’t about homosexuality, although that is the over-arching theme of the parade and larger festival.

Not long ago, lesbian feminist activist Julie Bindel expressed this very frustration, shared by others in the homosexual movement. “(Pride parades) became about sexual hedonism,” she scolded, insisting that the only message sent by these spectacles of self-indulgence is, “this is just one great party all about sexual access to as many other men as we can secure.”

But for some reason, acknowledging that reality has become taboo and insensitive in our society. Just look at how the news media covered the festival. Local TV coverage made the parade appear as benign as the Tournament of Roses. Print media was worse, contrasting the “discriminatory” religious freedom supporters with the familial love that flooded the streets on Saturday.

Selectively displaying pleasant images of children with rainbow face paint along the parade route, these journalists omitted the truth. There was no footage showing barely clothed men sexually thrusting themselves against poles on their parade float in full view of children; no expression of concern at gender-bending drag queens in fishnets who in years past have walked through the crowd handing out condoms and lube.

Forget familial love. The point of this parade is to provide adults an opportunity to regress into immaturity and immorality. It’s an excuse to lose themselves in their lusts. And we applaud this as behavior to take “pride” in?

Not that Ballard was alone. The man who wants to take his place, Democrat Joe Hogsett, was there, putting his stamp of approval on the depravity. And newly announced gubernatorial candidate and current State Superintendent of Public Instruction Glenda Ritz was there smiling amid the revelry as well. Yes, the woman who oversees the education of Hoosier children was prancing around with men in tutus and pixie dust, with great “pride” no doubt.

It is not that parts of the Pride festivities aren't family-friendly.  It is just that so many parts are about nothing more than hedonism and debauchery.  While those activities are fine behind closed doors between consenting adults, why does the City's children have to be exposed to those activities?  We need to demand better of Pride organizers and participants.
Posted by Paul K. Ogden at 11:10 AM

I am bothered by the gay Pride events. I have seen the Indianapolis parades a few times and last summer I was in Columbus, OH when that city's parade was going on.

I am bothered that it seems to be a self indulging mix of participants who are wanting people to look at them, I am different. Reminds me of the flasher mentality, doing something just for the shock value.

It is not about celebrating anything, it is just about getting attention.

And so why aren't you all complaining about the Indy 500 where the catch phrase is "Show us your tits!" People at the Indy 500 wear far less clothing then those attending Indy Pride and their make-up is not nearly as good!

I'm inclined to believe one person's hedonism and debauchery is another person's joyous celebration. One of my granddaughters has watched the parade every year since babyhood, and it has not seemed to have any adverse affect on her. Maybe live and let live

I'm with "Veracity". There's no demonstration of hedonism and debauchery in the Circle City that can top the Indy "500" (both at the track and off).

Susan and Veracity, did you go to the Indy 500 in the 1970s and 1980s? The organizers have worked big time to clean up the event and make it a family event. It is an approach that Indy Pride might want to emulate.

John, so you think that there is no limit on what a minor, regardless of age, should be exposed to? After all, it's "live and let live," right?

The 500 is still a lot worse than Pride. I saw very little problems at Pride. There were several church groups in the parade that did not seem to have any problems. You need to lighten up and join the modern world.

So, Anon 5:38, you think in the "modern world" it is perfectly acceptable to have adults perform simulated sex acts in front of children? Seriously?

Were you there? I did not see any of that activity. If you think that is going on, then do not bring your kids.

Anon 8:53, so you're saying those pictures were faked? So the news reports about handing out condoms and lube to people watching the parade wasn't accurate? I was down there two years ago. Don't tell me that there aren't half naked people engaging in simulated sex and walking around in domination outfits and dog collars because there are people at Indy Pride doing exactly that. It's time Indy Pride took responsibility for putting on a more family friendly event.

People have died at the 500 or the surrounding festivities. The same can't be said for Pride.

Peter Heck's promotion of conversion therapy as a valid way of dealing with being gay should in and of itself disqualify anyone from taking him seriously on this topic.

So instead of trying to find facts that contradict Heck's statements about what he saw, you employ an ad hominem device? You're better than that, Indy Student.

It cannot be you have turned on Paul Ogden! Say it is not so!

Veracity is a MORON...what all losers do when they don't have a decent argument...so typical apples and oranges you asswipe!

I believe the "debauchery" you speak of was at events and location outside of the actual event, and not at the Indy 500 festival or parade. Lets compare apples to apples, instead of latching onto every tired device you can find. Glad we are celebrating BDSM...what a welcoming aspect to the city! Can't wait until we get the dog collar manufacturers to build a factory in town!

Anon 11:18, you're not right, but you'd still be talking about events attended by children.

As a long time attendee of the 500, Mardi Gras & someone who happened on the Pride Parade two years ago while riding downtown to breakfast with friends; there are elements of all these events which are unsuitable for children. The infield can get as raunchy as anything you'll see at Mardi Gras or the Pride Parade; none of which children should be exposed to.

There's zero benefit to children from adults who pretend their acculturation is somehow "advanced" by exposing them to debauchery. That's complete BS! Sheltering children is the job of adults; whom the world finds all to quickly regardless. Children are supposed to be naive; not mini replicas of cynical, jaded adults who somehow fancy themselves "wise."

Pride doesn't seem like a good advertisement to endorse any lifestyle. Is pride somehow a virtue- what ever happened to humility?

Indy student might be confusing an immediate death with a long, drawn out, protracted, lingering death? All this media mewing about HIV being caused by needles misses the point that the causation was an AIDS infected needle user. "Is there a place where we can get answers to questions such as the following: "The sellers of Sodomy know what they are doing but do the rest of us? I wonder if Mr. Pence's Department of Health could be bothered to examine for any spiking, recently, in any of the following: Yeast infections, staph infections, T cell absence, Pneumocystis cairnii, enteric diseases or veneral ones, hepatitis B, Amebiasis, giardiasis, Gay Bowel Syndrome, shigellosis, syphillis, gonorrhea, kaposi sarcoma, intestinal parasites, toxoplasmosis, anal herpes, oral candidiasis, cytomegaco virus, salmonella in intestines, cryptococcus, papovavirus, rashes, amebic dysentery, hepatitis A, lesions of brain, white fungi around nails, cytmegalo virus, virulent herpes, enlarged lymph nodes, lymphadenopathy. I'm not a doctor so some of these pathologies may actually be the same thing. NUVO reports in February of 2014 that 10,279 people in Indiana were living with HIV/AIDS as of the end of 2011. What is the updated number? In 2012 they report some 29,505 reported cases of Chlamydia. Has Mayor Ballard contributed to any of these increases or decreases? We are running out of effective anti biotic according to CDC so maybe some more DATA would be useful?" And can't the Star repeat some of the CDC findings as to the most common means by which AIDS/HIV IS SPREAD? The selling of sodomy has social costs and this article does not cover them." Duh Star does not seem to think these diseases are worth mention to the general public. I'd expect to see a spike in them annually in Marion County sometime shortly after the "celebration".

Equal justice for all. Public indecency should be prosecuted, no matter the sexuality of the perpetrator.

Mention of children is always a sore spot for the objectively disordered. Some time back the apa had removed pedophilia from its official list of disorders. At least that is what First Things reported. Such was incorrect. Pedophilia had not been removed but, as usual, just redefined. According to my source..."It is now only a disorder if the pedophile is distressed by his condition or disabled in his work or social relationships. It is not a disorder in the case of the 'psychologically normal" (even if immoral and criminal) child molester.

He goes on to say that "It is possible that some readers by be reassured by this correction". So, I'd bet large that many pedophiles were about and unknown to the run of the mill homosexuals who have their own problems to worry about.

Folks interested in Pedophila can, for a small amount of money, acquire "The Problem of Pedophilia" available from www.narth.com

Anonymous - Is your invitation to "lighten up and join the MODERN WORLD include the heinous practice of abortion which is often accomplished by the use of a vacuum like device or forceps like tools to tear apart the fetus in vitro. It has been said that if or when recorded agonizing sounds emanate from the fetus.

Tens of millions of defenseless fetuses have been destroyed without an opportunity to choose life on their own.

So if this is part of your MODERN WORLD count me out.

As to the rise of the LGBT movement. I think it is fair to draw a comparison to Ancient Greek and the later stages of the Roman Empire's slide into debauchery which led in part to their demise. If that was a prelude to the "MODERN WORLD", once again count me out!

Your "MODERN WORLD" seems to have given rise to fatherless children, beating raping and or killing of the aged for no reason other than anger. Gangs using proliferation of drugs to destroy young people, brutal slayings of anyone who syands in their way.

A society that sends federal income tax refunds to people who don't work.

I guess I have done enough "bragging" for you defense of the "MODERN WORLD".