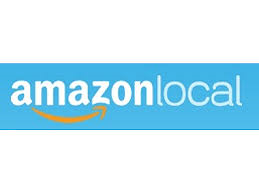 Angie’s List has sued Amazon Local, accusing it of stealing provider lists and other proprietary information from Angie’s. The federal lawsuit, filed Friday in Indianapolis, alleges that Amazon Local executives and other employees got access to the information by signing up as members of Angie’s and downloading provider profiles, member reviews and other information.

The information is being used by Amazon Local, a subsidiary of Internet giant Amazon.com, to establish a competing service to Angie’s, according to the lawsuit.

Angie’s said its member agreement “explicitly prohibits the use of Angie’s List’s accounts and information for commercial purposes.”

The lawsuit levels a host of charges against Amazon Local, including misappropriation of trade secrets, theft, computer trespass, civil conspiracy and violations of the Computer Fraud and Abuse Act.

Well maybe they can get the cash they need and not from Indiana tax payers.

Bill Oesterle's corporate welfare prostitute Angie's List has been a floundering ship for years and is only above the waterline because Angie Hicks and Oesterle enjoyed cash and asset infusions by the grace of crony political connections more tan willing to shove at them someone else's hard earned money (read: taxpayers).

... good luck on the parasitic jump to Amazon.