Tonight there will be a caucus of Democratic Wayne Township precinct committeepersons to fill a vacancy in the township constable's office.  Democratic Constable Billy Newman passed away last month after a lingering illness. 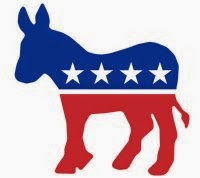 process. They don't draw a salary, but instead receive a portion of the filing fees. Constables are  responsible for paying expenses associated with performing the duties of the office.  Thus, their pay is the profits they make after expenses.  Marion County constables do extremely well financially.  A couple Indianapolis Star articles several years ago investigated the pay of Marion County constables and found they were the highest paid elected officials.

Because of the amount of money that is paid to the constable, much of which gets kicked back to the party, they are extremely important positions for party chairmen.  Marion County Joel Miller is no different in wanting his person in the Wayne Township Constable's Office.  And that person is Kevin Kelly, who Miller appointed to fill in until a replacement could be chosen.  At tonight's caucus, Kelly will square off against the President of the Wayne Township Democratic Club, Dennis Poteet.  Poteet won't be playing on an even playing field. Chairman Miller has stacked the deck to ensure his candidate, Kelly, gets elected to fill the vacancy.

Under Indiana law, whether there is a vacancy in elected office, the county chairman of the party that occupies that office calls a caucus within 30 days to fill the vacancy. Those eligible to vote are precinct committeepersons in the district from which the person is elected.  Those PCs must have been in their position at least 30 days.  The idea of the process is that PCs elected by the voters representing neighborhoods in the district will represent their constituents in casting a vote to fill the vacancy.  How the process works in practice far different than the process the legislature intended.

Although PC is an elected position, few PCs are actually elected.  The parties generally discourage people from running for the office because if the PC is not elected, the county chairman gets to appoint someone to the PC person.  Unlike if the PC is elected, an appointed PC can come from anywhere in the county and serve at the pleasure of the Chairman. Many times PCs are simply appointed to show up and vote a certain way for slating (party endorsement) or in a vacancy election such as is taking the place today.

Because of the 30 day rule, Miller had ample time to fill the Wayne Township precincts with people from all over the County who would do his bidding at tonight's caucus by voting for Kelly.  The caucus voter list reveals how the deck has been stacked against Poteet.

The legislature last session failed to consider a bill aimed at limiting the ability of county chairmen to rig vacancy elections.  Next session it should get serious consideration.
Posted by Paul K. Ogden at 5:33 PM

Soviet style leadership. Get use to it.

Typical party politics in Marion County. Another John Layton clone holing public office. Kelly started his police career as a "radio boy" with the MCSD way back when. Has done nothing but play the political game ever since.