Updated data from NASA satellite instruments reveal the Earth’s polar ice caps have not receded at all since the satellite instruments began measuring the ice caps in 1979. Since the end of 2012, moreover, total polar ice extent has largely remained above the post-1979 average. The updated data contradict one of the most frequently asserted global warming claims – that global warming is causing the polar ice caps to recede. 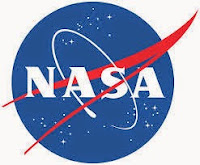 A 10-percent decline in polar sea ice is not very remarkable, especially considering the 1979 baseline was abnormally high anyway. Regardless, global warming activists and a compliant news media frequently and vociferously claimed the modest polar ice cap retreat was a sign of impending catastrophe. Al Gore even predicted the Arctic ice cap could completely disappear by 2014.

In late 2012, however, polar ice dramatically rebounded and quickly surpassed the post-1979 average. Ever since, the polar ice caps have been at a greater average extent than the post-1979 mean.

Now, in May 2015, the updated NASA data show polar sea ice is approximately 5 percent above the post-1979 average.

Hooray, we can go back to giving our kids cancer

Lie-mate change is the problem...

What an intellectual comment Anon 10:09 provides. I guess for some a senseless snarky comment equates to their feeling of possessing a superior level of brain power although I sure do not see it that way.

My university School of Science classes included Solar Astronomy, Stellar Astronomy, Geology, and Oceanography (it is the oceans and the air currents thereby created that drive weather on the planet). As a point of information, I aced every one of these challenging courses.

Alleged anthropomorphic global warming/weather change/climate change- the term keeps changing because the truth continues to come to light "global warming" is a lie- is nothing more than a left liberal ruse to control the resources of the planet and use that control to gain power and money for themselves and their agenda.

One proof that adherents to the left liberal Democrat cult religion of global warming are ignorant to science is that Planet Earth is actually COOLING (some respected physicists show that the entire Universe is cooling!... and another fact is that no matter how many socialist phony "environmental" laws left liberal Democrats lie will help "save the planet" they can never ever use a law to stop the huge ball of fire we call the SUN to cease its tireless emission of heat and energy that continuously affect Earth. I admittedly am being simplistic here but at least I am presenting real science and not hysterical lies based on "consensus" of a gaggle of lies about the topic.

"97 percent of working climate scientists accept that global warming is happening, that humans are largely responsible, and that the situation poses long-term risks, though the severity of those risks is not entirely clear."

Not sure how many times alarmists and media types have to be called out on the phony 97% figure before they stop using it.