It is difficult to find many interesting races out there in tomorrow's primary, but if you look hard enough there are a few.  Let's start in Indianapolis. 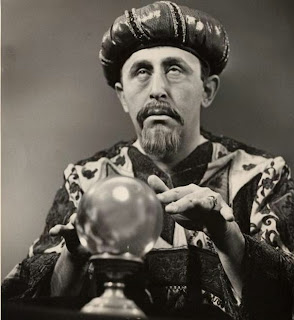 at-large district was eliminated by the legislature, he decided to relocate into Mansfield's district to take on the two term incumbent.  Robinson won Democratic Party slating against Mansfield.  However, Mansfield has a history in the district and reportedly is strong with constituent relations.  Even with support of the Democratic organization, I think Mansfield wins the race.

District 3 features a similar battle, but this time involving Republicans.  Republican district councilor Christine Scales takes on new candidate Tim Craft, a real estate broker with CB Richard Ellis, a company that has received several multi-million dollar no bid contracts from the administration of Greg Ballard.   Like Robinson, Craft moved into the district to run against Scales.  Like Mansfield, Scales is an independent-minded councilor who is strong with constituent relations.  Scales has had a falling out with GOP leadership on the Council because of her refusal to rubberstamp the Mayor Greg Ballard tax and spend agenda.  I expect, however, Scales will get more than 60% of the vote, a plus 20% victory.

For mayor, Democrat Joe Hogsett, the slated candidate squares off against activist Larry Vaughn.   Look to see what kind of numbers Hogsett runs up on Vaughn.  If Hogsett falls below 70%, that would mean that more than 30% of the Democratic primary electorate were willing to cast a protest against the former U.S. attorney.  My guess is Hogsett will exceed 70% and look strong for the Fall.

On the Republican side, business owner and slated candidate  Chuck Brewer faces four primary opponents, Jocelyn-Tandy Adande, Terry Michael, Darrell Morris and Larry Shouse.  This is by far the more interesting of the Indianapolis mayoral primaries to watch. The split of the anti-establishment vote between four candidates almost assures a Brewer victory.  However, if Brewer can't win 65% of the vote against terribly underfunded opponents who ran no ads and had no yard signs, that would demonstrate a substantial anti-establishment faction of the GOP exists and will vote against anyone the GOP power brokers put before the Republican primary voters.  Should Brewer's majority fall further, i.e. below 60%, then that will signal real problems for the Brewer and the Council Republican candidates in the Fall.

There are a couple interesting races in Indianapolis' northern suburbs.  Five term incumbent Carmel Mayor Jim Brainard faces off against his toughest challenge yet, Councilor Rick Sharp.  While I think Sharp will come close to 40%, better than any Brainard opponent so far, I can't see him getting that last 10% to put him over the top.

Finally, Westfield Mayor Andy Cook is facing a challenge from Pike Township firefighter Jeff Harpe.  While Cook won re-elect in 2011 by only 61 votes, I think Cook, the only person who has ever served as Mayor of Westfield in its short history as a city, will again win by a close margin, though not as close as last time.

Those are my predictions. Bet the farm.
Posted by Paul K. Ogden at 4:22 PM

Paul, I believe that overall your predictions are pretty much on target. I very much hope that the Honorable Christine Scales is victorious over her establishment/crony GOP insider-selected challenger; it is my conviction that will in fact be the outcome. I love it when the David Brooks contingent can be defeated and Christine Scales is one of the few who can accomplish this feat.

As far as the challengers to GOP backroom selected Chuck Brewer, this may have been the best opportunity in years to beat the corrupt GOP machine but it has probably been tossed away. Jocelyn-Tandy Adande is by far the most qualified of the non-slated challengers but her conviction to run a campaign all on her own without County wide support in terms of staff and ads may prove to be a costly mistake for her and that is just too damn bad. Jocelyn knows where the Republican AND Democrat skeletons are and she knows a lot about Municipal governance. I will cast my ballot for Adande.

HOWEVER, should Brewer be my GOP "choice" come next November, I simply will abstain from voting for that office. Voting for Hogsett (I am presuming Joe will be the D candidate) would be like voting for a slimmer but more conversant Greg Ballard.

I will vote for NO slated Marion County GOP candidates no matter who good they might be. Their allegiance to the establishment RINO pay-to-play Brooks/Walker mafia needs to cost them and it is costing them this Republican's votes.

All GOP candidates should be VERY concerned that the grass roots in this County are lining up against the establishment cronies like Kyle Walker and David Brooks. Allegiance to the Establishment pay to play attorney set may just cause good GOP candidates to lose their offices or their first time election.

I could say I'm floored at the lack of coverage the massive school tax increases that are on the ballot today are getting, but that would be a lie.

My property taxes would increase by over $700, approximately a 42% increase. Absurd.

Anon you have a good point. I got myself mortgage qualified in case I want to again purchase. Now that I look at the Property Taxes and School Taxes that send my payment to the Moon... I think I will just rent. Sure, the costs in my rent but no where near the expense in my proposed mortgage payments.

Hello, MIBOR! Are you getting this? In Marion County I am better off renting and not buying.

Looks like Christine Scales has won by about 100 votes or so, according to the Clerk's Office website.