Late this afternoon, Governor Mike Pence vetoed Senate Bill 369 which would have allowed government agencies to charge as much as $20 an hour for public records searches.

The bill had been supported by government agencies and the Hoosier State Press Association, representing newspapers across the state.  Earlier this year HSPA spokesman Stephen Key said the charge was a worthwhile tradeoff for provisions in the bill requiring agencies to provide records electronically whenever possible.  As I've noted, I'm not aware that that has ever been a problem. 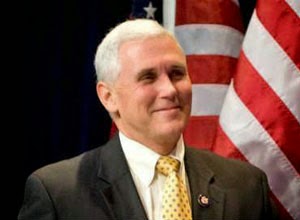 Agencies typically jump at the chance to provide documents electronically.

This is what I wrote about the bill last March:


I don't buy the electronic records reason cited by Mr. Key.  The benefit of getting electronic documents emailed is extremely minimal benefit as opposed to giving agencies a tool to avoid compliance with open records laws by charging $20 an hour for search.  When obligated to provide electronic information, most agencies prefer to email the information as doing so easier than burning a disc to provide the information to the citizen.   But anyone who has dealt with government agencies knows that those agencies will jump at the chance to utilize the $20 an hour charge to punish those citizen journalists, i.e. bloggers, who in the internet age have largely replaced the mainstream media when it comes to breaking stories culled by going through public records.

Indeed, a desire to eliminate competition might well be the true motivation of the Hoosier State Press Association's support of the bill.  The mainstream media can afford search fees imposed by agencies.  But the citizen journalist, blogging for free, can't pay a $100 bill issued by the agency for a public records search.  If the bloggers can't pay those fees, then they can't continue to break the stories, repeatedly scooping the mainstream media when it comes to uncovering political corruption and other wrongdoing.  Imagine depending entirely on the Indianapolis Star to uncover stories of local political corruption. Scary isn't it?

While I don't (yet) see much in the way of a message from the Governor on the veto of Senate Bill 396, his office would be foolish not to trumpet what would be an extremely popular position that strikes a blow for citizen journalism, transparency and public accountability.
Posted by Paul K. Ogden at 9:29 PM