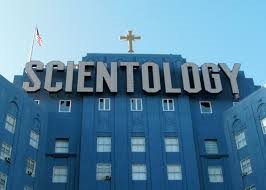 Plans to broadcast HBO’s Church of Scientology exposé, Going Clear, have been shelved by Sky Atlantic in a virtual repeat of events two years ago, when UK publishers abandoned publication of the book on which the hard-hitting new TV documentary is based.

Sky originally indicated that the Alex Gibney-directed film, which alleges abusive practices at the religion’s US headquarters, would be transmitted in the UK earlier this month in step with its American release.

However, the Observer has learned that because Northern Ireland is not subject to the 2013 Defamation Act, the broadcaster could be exposed to libel claims from David Miscavige, the leader of the church, or others. This appears to have caused the company to postpone transmission, if not to cancel it entirely.

For technical reasons, Sky is unable to differentiate its signal between regions, rendering the same programme potentially exposed to pre-reform libel laws in Northern Ireland, but shielded in Britain where, among free-speech safeguards and reforms designed to limit frivolous claims or “libel tourism”, people or organisations must now show “serious harm” to reputation. Sky called the decision a delay rather than a cancellation, but did not deny it was taken for legal reasons. “At present, Sky’s transmission date for Going Clear has not been confirmed,” a spokesman said.

From its Los Angeles HQ, the church has denounced the film as a “one-sided, bigoted propaganda built on falsehoods” and informed by former members –whom it calls “misfits”. It is understood to have instructed solicitors in the UK to warn Sky it faces legal action if Going Clear is broadcast.

The church said in a statement: “The Church of Scientology will be entitled to seek the protection of both UK and Irish libel laws in the event that any false or defamatory content in this film is broadcast within these jurisdictions.”

Americans should be extremely grateful that they have a First Amendment that provides protections for documentarians who seek to produce films exposing of wrongdoing by the rich and powerful who might otherwise try to use the legal system to prevent such exposure.  I saw the film this weekend.  The Huffington Post has "16 Shocking Allegations from the documentary.
Posted by Paul K. Ogden at 12:11 AM

I'm grateful for the First Amendment, but I didn't see the documentary & do not plan to do so. When the state ceases to use coercion to get its way, maybe then I'll be free to concern myself with the actions of a private, religious organization to which I do not belong.