I have an issue that Major League Baseball's new commissioner Rob Manfred can address.  Lengthy rain delays that push back the time of games to unreasonable times.

Yesterday, the Cincinnati Reds won a thrilling victory 5-4 over the Pittsburgh Pirates as first baseman 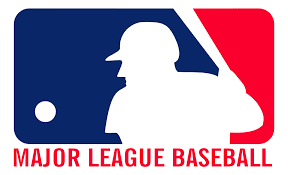 Joey Votto singled in the bottom of the 11th inning.  The Reds shortstop Zach Cozart scored on the hit, narrowly avoiding the swipe tag by the Pirates catcher in his slide.

Exciting?  You betcha.  Too bad only a handful of fans got to see the finish.  See, the winning run scored at 1:45 am.  Most fans had long ago left the stadium.  Most TV viewers had long ago went to bed.

The game, which lasted four hours, started 2 1/2 hours late due to a rain delay.  Most major league baseball games last about 2 1/2 hours.

These type of lengthy rain delays are becoming more and more common.

I know why baseball officials are reluctant to postpone games. They don't want be on the hook for refunding the gate that's already been collected for the game.  But that is short term thinking that has plagued the long term viability of the sport.  It's the sort of thing Commissioner Manfred needs to address.
Posted by Paul K. Ogden at 9:56 AM