Yes, University of Oklahoma, Even Racists Have First Amendment Rights

This week, University of Oklahoma President David Boren acted to expel students involved in a racist chant sung to the tune "If You're Happy and You Know It":

Boren justified his action in a letter:


"This is to notify you that, as president of the University of Oklahoma acting in my official capacity, I have determined that you should be expelled from this university effective immediately," Boren said in his expulsion letter to the two students, which was obtained by local news media. "You will be expelled because of your leadership role in leading a racist and exclusionary chant which has created a hostile educational environment for others." 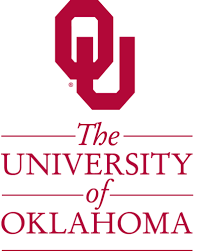 Boren is apparently basing his authority, indeed his duty, to take action on Title VI of the Civil Rights Act, which bans racial discrimination at institutions receiving federal money, institutions like the University of Oklahoma, a state university.

The problem is that as a state university, Boren has to comply with the First Amendment.  The Constitution trumps federal law when there is a conflict.  The First Amendment has been held to
protect racist and offensive speech.

Several constitutional law experts weighed in this week, with the overwhelmingly majority finding a constitutional violation.  The Los Angeles Times reported on some of those experts:


Joey Senat, an associate professor who teaches media law at Oklahoma State University in Stillwater: "I believe these students -- under Supreme Court rulings on 1st Amendment for college students -- would have the right to say the very same thing on the library lawn, so to speak. ... The speech is offensive, the speech is abhorrent, but the 1st Amendment protects unpopular speech."

Robert D. Nelon, an Oklahoma City attorney with the Hall Estill law firm who handles media law: "This is a close case. Perhaps the university has gone a little further than the Constitution would permit in expelling the students. It may be the university would be better in tune with the Constitution if they took to the public forum like President Boren did yesterday and expressed publicly their outrage and meet speech with speech rather than expelling the students."

Erwin Chemerinsky, 1st Amendment law professor and dean of the UC Irvine School of Law: "What can be punished is if it could be shown the speech was threatening to another [person]. There’s no right to engage in speech that reasonably causes another to fear for his or her safety. ... [But] it can’t be said that this speech was a threat to somebody. I find this horribly offensive, but I don’t see why this isn't speech protected under the 1st Amendment."

Joe Cohn, legislative and policy director of the Foundation for Individual Rights in Education, a student legal advocacy group based in Philadelphia: "The school's a public university. At public universities, the 1st Amendment applies in full force. ... The Supreme Court has said repeatedly that speech, even racist speech, is protected under the 1st Amendment. They have never shied away from that. ... Just because a speech is racist doesn't remove its protection."


1. First, racist speech is constitutionally protected, just as is expression of other contemptible ideas; and universities may not discipline students based on their speech. That has been the unanimous view of courts that have considered campus speech codes and other campus speech restrictions — see here for some citations....

2. Likewise, speech doesn’t lose its constitutional protection just because it refers to violence — “You can hang him from a tree,” “the capitalists will be the first ones up against the wall when the revolution comes,” “by any means necessary” with pictures of guns, “apostates from Islam should be killed.”

3. To be sure, in specific situations, such speech might fall within a First Amendment exception. One example is if it is likely to be perceived as a “true threat” of violence (e.g., saying “apostates from Islam will be killed” or “we’ll hang you from a tree” to a particular person who will likely perceive it as expressing the speaker’s intention to kill him); but that’s not the situation here, where the speech wouldn’t have been taken by any listener as a threat against him or her. Another is if it intended to solicit a criminal act, or to create a conspiracy to commit a criminal act, but, vile as the “hang him from a tree” is, neither of these exceptions are applicable here, either.

4. Given the president's letter, it's clear that the students are being expelled solely for their speech..."

The sad reality though, even though President Boren probably violated the students First Amendment's rights, he probably can get away with it because the students cause would be so politically unpopular if they dared sue.  Too bad.  It could have been such a teachable moment for the University, an opportunity to educate students about racism and constitutional rights.
Posted by Paul K. Ogden at 11:31 PM

It says that we're still not where we should be in terms of race when some of the experts who said that the First Amendment protects these students' speech had to reiterate that they found what the students did "offensive" and "abhorrent." That should be a given. Any thinking person would find it abhorrent. But I imagine that the experts anticipate someone would accuse THEM of racism because they are defending the civil rights of alleged racists.

Oh, and if you, Gentle Reader, didn't already know this: Frat boys say and do dumb s**t stuff and get themselves in trouble. Regularly. It ain't news.

Instead of reinforcing the "I disagree with your racist rant but you have the right to be an idiot" and having a civil dialog about racial grievenices they have reinforcing the height to which "reverse" racism has reached in society.

Freedom of Speech doesn't mean you can say anything you want without any repercussions. How were these racist kids rights violated? They weren't. Were they arrested? No. It's a shame more people are upset about this than they are the REAL civil rights violations in Ferguson. But those are people are black, right? That's why some people might think your other commenters comments are racist.

"Freedom of Speech doesn't mean you can say anything you want without any repercussions."

Actually that's exactly what it means. Government can't punish people with "repercussions" because of the content of someone's speech. That's an essential part of the First Amendment. If it wasn't our free speech rights would be rendered meaningless. Now non-government actors can provide repercussions to someone because of their speech because the First Amendment doesn't apply to them.

As far as "[h]ow were these racist kids rights violated" the answer is they were expelled from school. It was a state school. That's government action.

It's ironic that you mention Ferguson because I wrote about how First Amendment rights were being violated by the Ferguson Police Department. Ferguson residents, most of whom are black, who made critical and disparaging comments to police officer were often arrested for those comments. By your claim that "repercussions" can be imposed for speech such arrests would be rendered lawful. But they weren't lawful. Government can't punish someone because they don't like the content of their speech. A police officer can't arrest someone because that person makes a derogatory comment.

' Government can't punish people with "repercussions" because of the content of someone's speech. That's an essential part of the First Amendment.'

No, that's incorrect. You can't say anything you want whenever you want. e.g. slander, yelling "Fire!" in a crowded theater, telling someone you are going to kill them, etc.

1st Amendment issues aside, I'm sure the university has a Code of Conduct which these buffoons violated so they have no recourse for their expulsions

A university code of conduct doesn't override the first amendment. You don't have free speech rights in a theatre as the First Amendment only applies to government and theaters are privately owned. If you re referring to some sort of imment danger caused bu the speech, that element wasn't there. There was also no threat made toward anyone (case law says it can't be a general threat not directed toward anyone in particular) and there certainly is no slander. Bottom line is you don't want the first amendment to apply because you simply dont like what. Was. Understandable, but content based restrictions have long been held to be unconstitutional.

I meant "what was said."