Having spent the last couple days reading the 102 page investigation report of the Ferguson Police Department prepared by the Department of Justice Civil Rights Division, I thought I would share some of the findings that are not getting a lot of publicity.  Today I will focus on allegations of First Amendment violations.

The Justice Department report revealed that numerous residents tried to videotape police activities only to find their efforts were thwarted by police.  Some even were arrested even though the recording was perfectly legal: 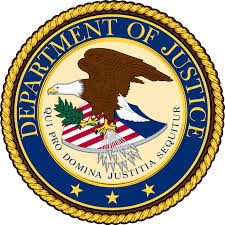 In Ferguson, however, officers claim without any factual support that the use of camera phones endangers officer safety. Sometimes, officers offer no rationale at all.  Our conversations with community members and review of FPD records found numerous violations of the right to record police activity. In May 2014, an officer pulled over an African-American woman who was driving with her two sons. During the traffic stop, the woman’s 16-year-old son began recording with his cell phone.  The officer ordered him to put down the phone and refrain from using it for the remainder of the stop. The officer claimed this was “for safety reasons.” The situation escalated, apparently due to the officer’s rudeness and the woman’s response. According to the 16 year old, he began recording again, leading the officer to wrestle the phone from him. Additional officers arrived and used force to arrest all three civilians under disputed circumstances that could have been clarified by a video recording.

In June 2014, an African-American couple who had taken their children to play at the
park allowed their small children to urinate in the bushes next to their parked car. An officer stopped them, threatened to cite them for allowing the children to “expose
themselves,” and checked the father for warrants. When the mother asked if the officer had to detain the father in front of the children, the officer turned to the father and said, “you’re going to jail because your wife keeps running her mouth.” The mother then began recording the officer on her cell phone. The officer became irate, declaring, “you don’t videotape me!” As the officer drove away with the father in custody for “parental neglect,” the mother drove after them, continuing to record. The officer then pulled over and arrested her for traffic violations. When the father asked the officer to show mercy, he responded, “no more mercy, since she wanted to videotape,” and declared “nobody videotapes me.” The officer then took the phone, which the couple’s daughter was holding. After posting bond, the couple found that the video had been deleted.

A month later, the same officer pulled over a truck hauling a trailer that did not have operating tail lights.  The officer asked for identification from all three people inside, including a 54-year-old white man in the passenger seat who asked why. “You have to have a reason. This is a violation of my Fourth Amendment rights,” he asserted. The officer, who characterized the man’s reaction as “suspicious,” responded, “the reason is, if you don’t hand it to me, I’ll arrest you.” The man provided his identification. The officer then asked the man to move his cell phone from his lap to the dashboard, “for my safety.” The man said, “okay, but I’m going to record this.” Due to nervousness, he could not open the recording application and quickly placed the phone on the dash. The officer then announced that the man was under arrest for Failure to Comply. At the end of the traffic stop, the officer gave the driver a traffic citation, indicated at the other man, and said, “you’re getting this ticket because of him.”  Upon bringing that man to the jail, someone asked the officer what offense the man had committed. The officer responded, "he’s one of those guys who watches CNBC too much about his rights.” The man did not say anything else, fearing what else the officer might be capable of doing. He later told us, “I never dreamed I could end up in jail for this. I’m scared of driving through Ferguson now.”

The Ferguson Police Department’s infringement of individuals’ freedom of speech and right to record has been highlighted in recent months in the context of large-scale public protest. In November 2014, a federal judge entered a consent order prohibiting Ferguson officers from interfering with individuals’ rights to lawfully and peacefully record public police activities. That same month, the City settled another suit alleging that it had abused its loitering ordinance, Mun. Code § 29-89, to arrest people who were protesting peacefully on public sidewalks.  ﻿﻿

Despite these lawsuits, it appears that FPD continues to interfere with individuals’ rights to protest and record police activities. On February 9, 2015, several individuals were protesting outside the Ferguson police station on the six-month anniversary of Michael Brown’s death. According to protesters, and consistent with several video recordings from that evening, the protesters stood peacefully in the police department’s parking lot, on the sidewalks in front of it, and across the street. Video footage shows that two FPD vehicles abruptly accelerated from the police parking lot into the street. An officer announced, “everybody here’s going to jail,” causing the protesters to run. Video shows that as one man recorded the police arresting others, he was arrested for interfering with police action. Officers pushed him to the ground, began handcuffing him, and announced, “stop resisting or you’re going to get tased.” It appears from the video, however, that the man was neither interfering nor resisting. A protester in a wheelchair who was livestreaming the protest was also arrested. Another officer moved several people with cameras away from the scene of the arrests, warning them against interfering and urging them to back up or else be arrested for Failure to Obey. The sergeant shouted at those filming that they would be arrested for Manner of Walking if they did not back away out of the street, even though it appears from the video recordings that the protesters and those recording were on the sidewalk at most, if not all, times. Six people were arrested during this incident. It appears that officers’ escalation of this incident was unnecessary and in response to derogatory comments written in chalk on the FPD parking lot asphalt and on a police vehicle.

The notion that FPD officers were prohibiting recording for anyone's safety is hogwash.  The officers were trying to prevent citizens from documenting their activity which might be roundly criticized if exposed.  The report sums the issue up:


FPD’s suppression of speech reflects a police culture that relies on the exercise of police power—however unlawful—to stifle unwelcome criticism.  Recording police activity and engaging in public protest are fundamentally democratic enterprises because they provide a check on those “who are granted substantial discretion that may be misused to deprive individuals of their liberties.”

In addition, Ferguson residents were routinely arrested for making critical and disparaging comments toward FPD officers, even though those comments have constitutional protection:


Under the Constitution, what a person says generally should not determine whether he or she is jailed. Police officers cannot constitutionally make arrest decisions based on individuals’ verbal expressions of disrespect for law enforcement, including use of foul language.  Buffkins v. City of Omaha, 922 F.2d 465, 472 (8th Cir. 1990) (holding that officers violated the Constitution when they arrested a woman for disorderly conduct after she called one an “asshole,” especially since “police officers are expected to exercise greater restraint in their response than the average citizen”)...A s the Supreme Court has held, “the First Amendment protects a significant amount of verbal criticism and challenge directed at police officers.”

In Ferguson, however, officers frequently make enforcement decisions based on what
subjects say, or how they say it. Just as officers reflexively resort to arrest immediately upon noncompliance with their orders, whether lawful or not, they are quick to overreact to challenges and verbal slights. These incidents—sometimes called “contempt of cop” cases—are propelled by officers’ belief that arrest is an appropriate response to disrespect.  These arrests are typically charged as a Failure to Comply, Disorderly Conduct, Interference with Officer, or Resisting Arrest.

For example, in July 2012, a police officer arrested a business owner on charges of
Interfering in Police Business and Misuse of 911 because she objected to the officer’s detention of her employee. The officer had stopped the employee for “walking unsafely in the street” as he returned to work from the bank.  According to FPD records, the owner “became verbally involved,” came out of her shop three times after being asked to stay inside, and called 911 to complain to the Police Chief. The officer characterized her protestations as interference and arrested her inside her shop.  The arrest violated the First Amendment, which “does not allow such speech to be made a crime.” Indeed, the officer’s decision to arrest the woman after she tried to contact the Police Chief suggests that he may have been retaliating against her for reporting his conduct.

Officers in Ferguson also use their arrest power to retaliate against individuals for using language that, while disrespectful, is protected by the Constitution.  For example, one afternoon in September 2012, an officer stopped a 20-year-old African-American man for dancing in the middle of a residential street. The officer obtained the man’s identification and ran his name for warrants. Finding none, he told the man he was free to go. The man responded with profanities. When the officer told him to watch his language and reminded him that he was not being arrested, the man continued using profanity and was arrested for Manner of Walking in Roadway

In February 2014, officers responded to a group of African-American teenage girls “play fighting” (in the words of the officer) in an intersection after school. When one of the schoolgirls gave the middle finger to a white witness who had called the police, an officer ordered her over to him.  One of the girl’s friends accompanied her. Though the friend had the right to be present and observe the situation—indeed, the offense reports include no facts suggesting a safety concern posed by her presence—the officers ordered her to leave and then attempted to arrest her when she refused. Officers used force to arrest the friend as she pulled away. When the first girl grabbed an officer’s shoulder, they used force to arrest her, as well.

Officers charged the two teenagers with a variety of offenses, including:  Disorderly Conduct for giving the middle finger and using obscenities; Manner of Walking for being in the street; Failure to Comply for staying to observe; Interference with Officer; Assault on a Law Enforcement Officer; and Endangering the Welfare of a Child (themselves and their schoolmates) by resisting arrest and being involved in disorderly conduct.  This incident underscores how officers’ unlawful response to activity protected by the First Amendment can quickly escalate to physical resistance, resulting in additional force, additional charges, and increasing the risk of injury to officers and members of the public alike.

The Justice Department made clear that these weren't the accounts of disgruntled residents angry at the FPD.  They were accounts in PDF's own reports:


These accounts are drawn entirely from officers’ own descriptions, recorded in offense reports. That FPD officers believe criticism and insolence are grounds for arrest, and that supervisors have condoned such unconstitutional policing, reflects intolerance for even lawful opposition to the exercise of police authority....

Note:  Many of the legal citations have been removed from quoted material to facilitate reading.  The report, with citations, can be found here.

Additional Note:  The DOJ emblem and photo of Chief Jackson have been added to break up the text in this blog and do not appear in the original report text.
Posted by Paul K. Ogden at 11:38 PM