What caused the decline?  Many Democrats will point to Indiana's supposed "restrictive" voter identification law that passed in 2005 but didn't go into effect until after a court challenge in 2008.  Supposedly this requirement and other laws have made it increasingly difficult to get registered and vote in Indiana. 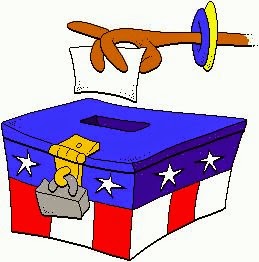 The numbers though tell an entirely different story, namely that the apparent decrease in voter turnout in Indiana is not due to anything the Indiana Republican legislators have done but rather what the Democrats did at the national level.

Following the 1992 election, the Democrats held a majority in both houses of Congress.  Unfettered by Republican opposition, the Democratic-controlled Congress passed the National Voter Registration Act ("the Motor Voter Law") which was signed into law by President Clinton in 1993.  The bill mandates that states permit people to register at post offices and license bureaus.  But more importantly for discussions of turnout, the bill made it much more difficult and expensive for states to purge non-voters from voter registration lists.  Prior to the NVRA, Indiana county clerks purged from the voter's registration list any voter who had not cast a ballot in a single election in a four year cycle.  The process was an inexpensive way to keep voter registration rolls clean of duplicate registrations and voters who had passed away.

In 1988, approximately 69.6% of Indiana's adult population was registered to vote.  By 2012, the registration of adults had soared to nearly 92.9% (which was actually a decrease from 93.7% in 2008.)  During the 24 years between 1988 and 2012, Indiana's population increased by 19% while the state's voter registration rolls increased from 2,866,339 to 4,555,257, a 59% increase.  Did interest in voting increase dramatically between 1988 and 2012?  No, what happened was with the elimination of the automatic purge, the voter registration rolls became filled with the names of deceased Hoosiers and voters who were registered at multiple addresses.

If, instead of using the inflated voter registration rolls, one compares voter turnout to Indiana's voting age population, it becomes clear that Indiana's turnout has remained remarkably stable despite the claims Republicans have enacted obstacles to casting a ballot..  In 1988, voter turnout compared to the adult population was 53.6%.  In 2012, it was 54.3%.


Off-year elections show a similar pattern of consistent turnout, with the exception of 2014 which had markedly lower turnout numbers, most likely due to the lack of a major race on the ballot.

however, the party about the numbers being caused by "not purging deceased voters" and "voters registered at multiple addresses" is simply a conclusion that's neither supported or refuted by the numbers (since they weren't surveyed within the numbers).

Anon 131: So how would you explain the increase in registration? Do you think that the increase in voter registration by 59% during a 24 year period when the population of Indiana only increased by 19% was due to a heightened sense of civic responsibility, which apparently included registering to vote but not actually voting?

Over the course of several elections I have been in the position to see numerous voter registration lists. I can tell you from that experience that those registration lists are filled with the names of voters who have died and have moved. Working the clerk's table, I often had the "joy" of talking to widows who come in to vote only to become extremely upset because their husband who died years ago is still listed as a registered voter. Unfortunately the NVRA also makes it extremely difficult to remove deceased voters from the rolls.

Or perhaps to to a heightened sense of a black candidate? Darned if I'm willing to frame it based on statistics that simply don't frame it, but then, you see dead people...

"Heightened sense of a black candidate?" Anon 4:00 so your position is that the Motor Voter Law which made it extremely difficult to purge voters had NOTHING to do with the 59%increase in voter registration since 1988 and that the increase was instead due to people beginning 20 plus years ago becoming increasingly aware of President Barack Obama so much so that more and more Hoosiers registered each election, but didn't bother to vote? Yeah, that's a plausible theory.

I'd stay anon too if I didn't get the sarcasm.

What’s missing is Motor Voter Part B, which sends SWAT teams to the homes of registered voters to ensure that they go to the polls and sustain the legitimacy of the democratic process. It works fine in Cuba.