The value of the Indiana Pacers franchise skyrocketed by $355 million just since last year to $830 million, according to Forbes magazine. 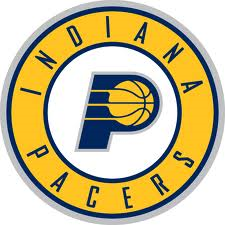 The Pacers rank 21st among the NBA's 30 teams. The Los Angeles Lakers were first at $2.6 billion.

The Pacers' value also increased 74 percent and could renew questions about the Capital Improvement Board's decision, less than a year ago, to use $160 million in tax money to cover operating costs and upgrades at Bankers Life Fieldhouse. The Pacers keep revenue from all fieldhouse events — basketball and non-basketball alike.

While the Star speculates that the soaring wealth of the Pacer franchise might reignite questions about the need to continue with huge taxpayer subsidy, anyone who knows how the CIB operates know that is not going to happen.  During negotiations with the Pacers and Colts, CIB President Ann Lathrop and the other board members have consistently shown zero interest in doing what is in the best interests of Indianapolis taxpayers.
Posted by Paul K. Ogden at 3:50 PM

It doesn't take an especially brilliant analyst to explain the value of this franchise is subsidy influenced / linked; thereby giving taxpayers some legitimate claim of ownership to the team, should anyone think to pursue it...