It continues to be reported, make that misreported, that a Republican Oklahoma Senator has introduced a bill to make the wearing of a "hoodie" in public a crime.  The left in particular jumped at the news, in no small part because they could claim that the proposal is racist, a reaction to the fact that black people wear hoodies.  Of course, so do a lot of white people, but I digress. 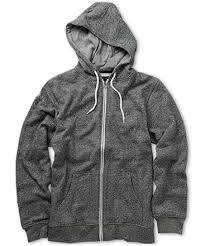 While the news and social media ran with the story, apparently no one bothered to actually look up the bill.  The bill, introduced by Senator Don Barrington, in fact doesn't even mention a "hoodie."  Rather it provides that, "It shall be unlawful for any person in the state to...intentionally conceal his or her identify in a public place by means of a robe, mask or other disguise."

The italicized portion of the quote is Barrington's amendment.  Again, the Senator did not introduce legislation banning "hoodies."  The statute does mention "hood" in the other section, but that requires hoods that "conceals the identity of the wearer that are used during the commission of a crime or for the purpose of coercion, intimidation or harassment..."

Barrington's proposal may well be redundant, even bad policy, but it's not a ban on hoodies and it has nothing to do with race.  People need to get the facts straight.
Posted by Paul K. Ogden at 5:00 PM

It has everything to do with race.

If it doesn't, it has everything to do with bringing in martial law and ending all forms of privacy.

I'll let you choose which it is.

This is getting into Minority Report territory.

Even if hoodies were only worn by African-Americans, which they aren't, the bill doesn't even mention hoodies. It obviously has nothing to do with race.

I don't have a cite, but I recall reading that in the past states have passed similar laws with the aim of restricting KKK activities.

Does this mean children or adults in masks out on Halloween risk arrest?? Could it be some people do not like woman that conceal their faces behind veils???

^ Im not even into the second page of actually reading the bill and your answer is there. Read.

Flogger, there is an exception for Halloween.

Anon 10:38, I had the bill in front of me when I wrote the story. I think you're confusing the amendment with what was already a part of the law. His bill did not add "hoods" or "hoodies" to the law.

There can't be an exception for Halloween. There is no day on which murder is legal.

For a thing to be criminal, the act must pose a harm to all people, all the time.

To criminalize merely disliked practices is to make a mockery of the Law.

The proposed law is a joke and is a further data point in the argument that the Law in its entirety is undeserving of respect.

Anon 12:10, I totally agree with your point. The law is pointless. Plus banks and other businesses are free to have rules against people wearing masks and other identity blocking devices into their businesses anyway. They don't need government mandating their policies.