When the media outlets report on the gender gap, the focus almost always is on the fact that Democrats do better with women voters, especially single women, than Republicans.  That drumbeat of coverage regarding the gender gap have even persuaded some Republicans to believe the party needs to abandon conservative positions  on abortion and some other social issues, that to attract women voters..  Of course that's nonsense.  Women are every bit as conservative on social issues, including abortion, as are men.   Where Democrats poll much better than Republicans with women is not on social issues, but rather on economic issues, things like health care and education.  Women tend to believe, much more so than men, that government programs can fix societal problems. 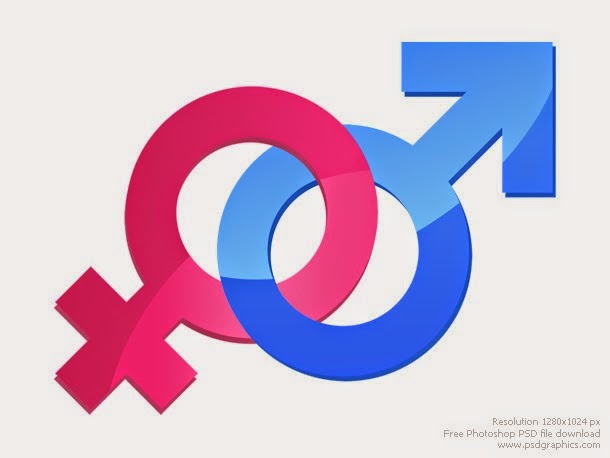 But there is a bigger issue that's overlooked when it comes to the gender gap.  That issue is that the overall Democrats have a bigger problem reaching male voters than Republicans have connecting with women.  The gender gap runs both ways and, for the Democrats, their problems attracting male voters to their agenda has been exposed in this mid-term election.

Looking at the competitive U.S. Senate seats, according to recent CBS/New York Times polls, Republicans are losing the women's vote in Arkansas by 5 points, 8 points in Georgia, 12 points in Iowa, 9 points in Kentucky, and 4 points in Louisiana.  But in those states, critical to winning control of the U.S. Senate, the Democrats are losing the male vote by 18, 11, 14, 17, and 11 points respectively.  Even in Colorado, where Democratic incumbent Mark Udall has made women issues such a central part of his campaign that he's been labled as "Senator Uterus" by the media, the Democrat has only a net 1 point advantage on the vaunted gender gap.

There are competitive races where the Democrats have an edge due to women voters.  The most significant gap is in North Carolina where Democratic Senator Kay Hagan has a 12 point edge among women while breaking even with men.  A smaller gap can be found in New Hampshire with Senator Jeanne Shaheen having a net 4 point gender gap edge over her Republican opponent.

Those races are the exception though.  In race after race, the Democratic brand is failing with men and usually by margins that dwarf the Republican difficulty reaching women.   Yet when will the media start talking about the Democrats' long-standing problem getting men to vote for their candidates?  I won't hold my breath.
Posted by Paul K. Ogden at 10:46 PM

Faux-gressives promote unhealthy exposure to all manner of evil under the continental pretense of sophistication; the wink 'n nod, country clubbed blind-set of an idiot squad.