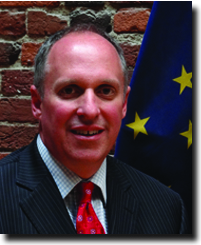 Chairman's Corner
If anyone should have a say in decisions being made about a child's education, it's parents.
Unfortunately, this week Indianapolis Democrats stomped out the voices of parents, children and others who were in favor of a Republican-led effort to expand preschool programs for low-income children.
Parents, many with children in tow, showed up to the City-County Council's Administration and Finance Committee meeting Tuesday to participate in a debate on Mayor Greg Ballard's pre-K expansion plan. But instead of taking part in their citizen government, parents got schooled on politics. 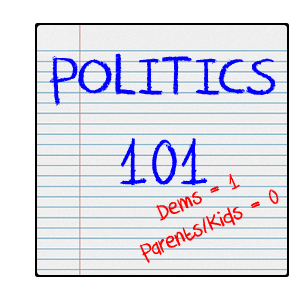 The Democrat-led committee immediately moved the debate from the front of the agenda to the back. So those intent on testifying waited three hours to share their opinions, but at the end of the meeting the issue was quickly tabled.

This is a great example of how Democrats let their own agendas overshadow the rights of parents, and in this case, common decency. It's interesting that the party which claims to be filled with Robin Hoods, robbed the voices from the very people they claim to so closely represent.

The bottom line is that parents' voices should be heard instead of the annoying blare of bad politics. While the Democrats may believe they have the upper hand in this case, it's at the expense of children, families and communities.

Our Party has long supported empowering parents to make decisions on what's best for their child including school choice. It's our fundamental belief that all children should have an equal opportunity to succeed no matter their background or family's income level. Let's be sure to send a strong message to Democrats this November that we are united and determined to keep Indiana red and our children's education first.

Ps. Click here to read an Indianapolis Star opinion column by Matthew Tully regarding Tuesday's meeting or click here for a letter to the editor by Indianapolis City-County Councillor Mike McQuillen.


What Berry is writing in support of is yet another attempt by Indianapolis Mayor Greg Ballard to increase Indianapolis residents' property taxes by eliminating the homestead tax credit.  Although Berry said the measure is about the Mayor's pre-K initiative, the measure that was tabled didn't mention that. While Ballard has claimed the revenue from the property tax increase would be spent on a pre-K program, the administration wouldn't have been prohibited from using the property tax increase for other purposes.  In fact, Mayor Ballard just pushed through a 43% increase in the Indy's public safety tax under the guise the money would go to hire new police officers.  Just days after that vote we find out that only 14% will go for that purpose.

Berry fails to mention that the Ballard's earlier efforts to raise our property taxes have been heard and rejected after public testimony.

Even if the resolution tabled was about pre-K, since when are Republicans in favor of new entitlement programs, including one for municipal governments which neither by constitution or by statute have any responsibility for education?  This is especially true for pre-K which has been shown not to have any positive long term effects. For example, see the Vanderbilt study from last year.

I understand that it is the job of the State Republican Chair to support Republican candidates.  But there need to be limits such as when a candidate consistently pushes policies that are against basic Republican philosophy.  Mayor Ballard, with his never-ending push for higher taxes and fees during his long seven years in office, fits that category.  Berry should not be taking an active role, supposedly speaking for all Republicans in the state, in supporting higher taxes in Indianapolis.
Posted by Paul K. Ogden at 8:39 AM

In terms of what Republicans claim as "principle," these positions are inarticulate; an exact measure of the establishment built, enthusiasm gap, between the party & its disillusioned base.

Do words like dispirited & party go together? This stuff shouldn't be that hard...

Comprehensive post! You can produce such a good post and obviously dig it! Many Thanks
Please Vist