This evening I took a look at the Real Clear Politics average of polls for the various Senate races.  Right now the AOP show Republicans leading in eight states that are currently controlled by the Democrats.  Below I have listed those states and the Republican advantage: 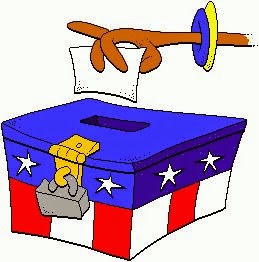 Republicans also have outside shots in:

Kansas is the only state where a Republican incumbent is presently losing.  In that state, Senator Pat Roberts Republican has trailed Independent and former Democrat Greg Orman in the last four polls from 5% to 10%.  Orman is expected to caucus with the Democrats.

Republicans currently have 45 seats in the U.S. Senate.  Since the Democrats have the tiebreaking vote in the Senate with Vice President Biden, the Republicans need 51 seats to gain control.  If Republicans and Democrats hold serve, the Republicans will pick up 8 seats and lose 1, giving the GOP one more than the six net seats needed for the majority.

The Democrats appear to have two other shots at Republican seats, Georgia and Kentucky.  However, in those states the Republicans have a 3.4% and 5.25% lead respectively.

Obviously this election is close, though you have to give a slight edge to the Republicans simply because the Democrats are defending so many seats.
Posted by Paul K. Ogden at 11:58 PM

Internet advertising in addition supplies more effective alteration checking in this mobile app ads companies could explain to while consumers have been definitely learning additional with regards to solutions caused by his or her promoting. World wide web advertising features surely got a major influence in classic promoting and possesses showed an entirely " new world " for you to online marketers. XML PAID ADVERTISING supply is often a straightforward, light and portable along with accommodating approach to send out Pay per click marketing wording app ad in world wide web search engines like yahoo. XML PAID ADVERTISING bottles are widely-used inside look for promoting market place, wherever look for promoting can be syndicated on the publisher's written content. Within this android app ads advertising campaign, a new founder will certainly ask the advertising or possibly a question by simply moving past a collection of aimed towards details on the look for syndication advertising multilevel. Using the aimed towards details inside question, interstitial ads search engines like yahoo will certainly give back pertinent advertisings speedily time for your founder to come up with on the search engines like yahoo. If your individual ticks in one of several mobile app advertising wording advertisings went back, your multilevel makes sense your founder with a cost-per-click CPC time frame. Absolutely, this specific advertising campaign is usually a very good method to obtain profits to the writers.