With his speech in front of the United Nations today, Leonardo DiCaprio cemented his reputation as one of the world's highest-profile activists on climate change.

'You can make history ...or be vilified by it,' he dramatically told world leaders.

After marching with 400,000 others on the streets of New York this weekend to demand tough regulations to cut the amount of CO2 being pumped into the air, DiCaprio opened a UN climate change summit by urging the world to crack down on polluters and 'put a price tag on carbon emissions.'

But the 39-year-old Hollywood star's own jetset lifestyle reveals a double-standard on the issue of climate change.
In his speech to the UN, he said: 'This disaster has grown beyond the choices that individuals make.'

MailOnline can report that DiCaprio took at least 20 trips across the nation and around the world this year alone - including numerous flights from New York to Los Angeles and back, a ski vacation to the French Alps, another vacation to the French Riviera, flights to London and Tokoyo to promote his film Wolf of Wall Street, two trips to Miami and trip to Brazil to watch the World Cup.

He also recently sold an estate in Malibu for $17million.

And this summer, he spent his World Cup vacation on the fifth largest yacht in the world, a 482-foot behemoth owned by Mansour bin Zayed Al Nahyan - a billionaire oil tycoon from the UAE. 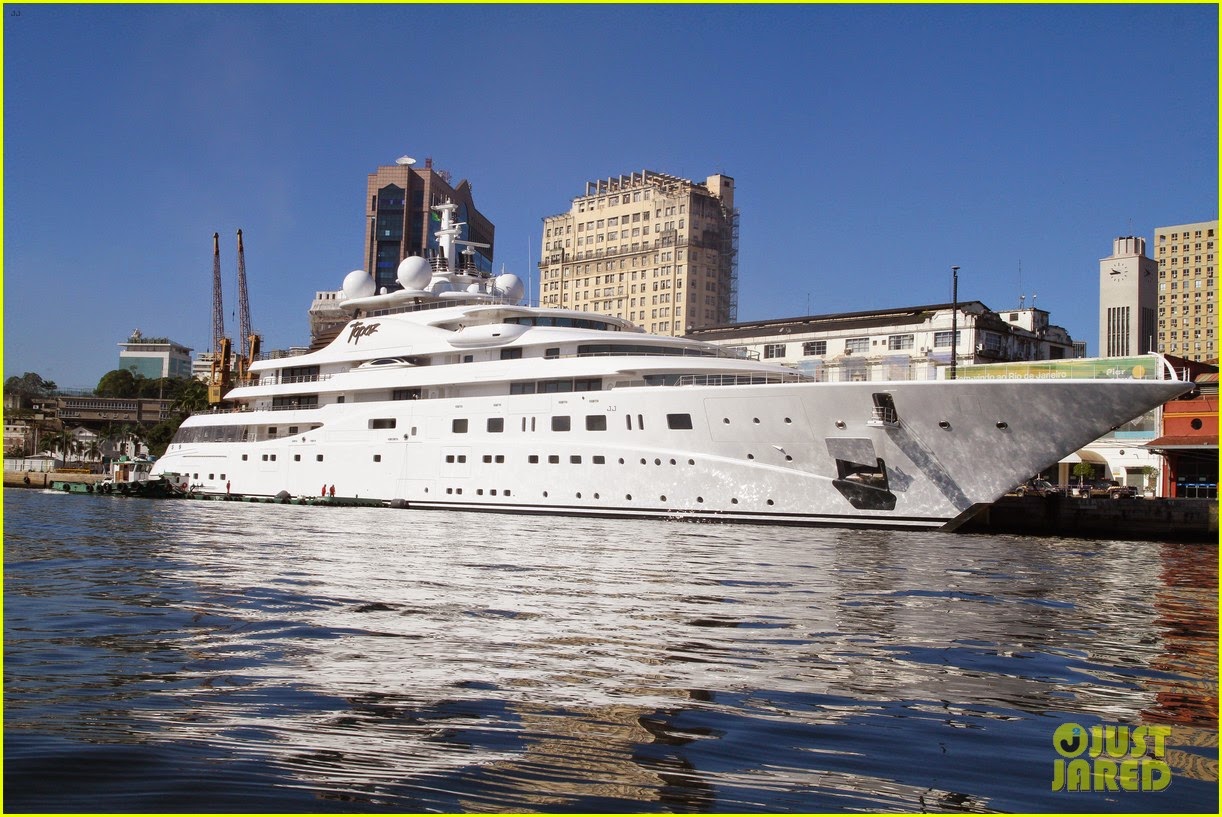 ...
DiCaprio has tried to stay green in other parts of his life. He owns a $4million apartment in an eco-friendly apartment building in Battery Park City.

He drives a Toyota Prius and a $100,000 Fisker electric sports car.  He's been spotted riding a bike around New York.

In 2007, he produced and narrated the 11th Hour, a documentary about climate change and other threats to the planet.

He also represents several environmental charities and has thrown his star power behind Formula E, a new racing circuit that uses electric cars, instead of roaring gasoline-powered vehicles.

However, his jetsetting - both for business and pleasure - means that he he's producing a lot more CO2 than most people.

Even if he flew on a commercial jet for all of flights, his carbon footprint so far in 2014 would be a minimum of 40million metric tons of CO2 spewed into the atmosphere, more than twice the average American output for an entire year.

That figure only takes into account his flights and assumes that he flew exclusively on commercial airlines . The A-list star is worth an estimated $220million, according to CelebrityNetWorth.com, and it is known to frequently charter private jets.

Carbon emissions for private jets vary, but by some accounts are more than 37 times higher than flying commercial.
...

DiCaprio is one of those typical Hollywood celebrities, those who encourage working men and women, who are struggling to make ends meet, to pay more taxes and pay higher utility rates in a dubious quest to save the planet.  Meanwhile, they lead lavish lifestyles, imposing a far bigger carbon footprint than hundreds of those "little people" they demand make more sacrifices.

It's called being a hypocrite.