Late yesterday, the City of Indianapolis announced it was canceling plans to host a national cricket championship this August.   The championship was to be part of the public unveiling of the new "World Sports Park" that Mayor Greg Ballard had unilaterally decided would be built with Rebuild Indy funds on the east side of the city.

For PR neophytes out there, when you want to kill an unfavorable story, you do it by releasing it on Friday afternoon. Reporters already have their stories done for the day and most are well on their way to checking out for the weekend, if not physically, mentally.  In terms of print journalism, Saturday is the least read newspaper of the week so a story appearing there is less likely to be read than any other tie of the week.  The story becomes "old news" even with minimal coverage. 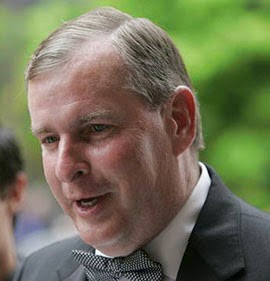 I guess it would be impolite to say "I told you so" when it comes to the fate of the USACA cricket championships. For months, people warned the city that USACA's problems would likely derail the national tournament and Mayor Ballard refused to listen, steadfastly asserting through his spokesman that the planning for the event was going perfectly.

The whole cricket fiasco brought back a conversation I had with a top Ballard staffer early in his first term.  The staffer told me of troubling character flaws with which Mayor Ballard is afflicted, namely that Ballard will early on make a decision and refuse to consider alternative information suggesting the decision needs to be re-evaluated.  The staffer also said that those who dare to question the decision or ask that it be re-evaluated are viewed by the Mayor as being personally disloyal.   Those aren't leadership traits.   Leaders have to be able to listen, to make modifications in response to feedback, to be open to changing direction when things are not working.  Instead Ballard has a mid-level military administrator mindset, someone more used to taking orders and carrying them out than giving those orders.  Mayor Ballard simply has character flaws that prevent him from being an effective leader.

Even in the press release and letter to USACA, Mayor Ballard refused to admit he made a mistake and instead put the blame entirely on USACA leadership and recent developments with that organization.   But those weren't recent problems just recently uncovered. They've been problems for years, including before Mayor Ballard picked up a cricket wicket and declared it Indy's newest sports craze, so much so we needed to build a stadium to host the national cricket tournament.  As Democratic blogger Jon Easter points out if Mayor Ballard would have simply done a "Google" search he would have been privy to the same information others repeatedly pointed out to him was a warning that the cricket plans needed to be re-evaluated given USACA's history of problems.

But before the cricket issue fades away, which it surely will, there should be a more detailed examination of the downtown Indianapolis corporate "partners" that quickly lined up to enthusiastically support Ballard's cricket stadium and tournament ideas despite its obvious problems.   Last summer, I wrote an article talking about the "usual suspects" lining up behind Ballard's cricket idea.  Of course, the Star's Erika Smith, who has never seen a corporate welfare project she wouldn't support, penned a column supporting the venture.   Next time those folks suggest "investing" taxpayer money in sports as economic development, we should think twice about their credibility.
Posted by Paul K. Ogden at 11:46 AM

Ballard may have retired from the Marines when he realized he would never make Bird Colonel. Ballard could have made the announcement on Monday and the press here in Indy would still have found a way to fluff the story.

Ballard takes his orders from the Crony-Capitalists. Projects like a Cricket Field spread the Patronage around there numerous companies and people that profit off constructing Cricket Fields. The next big project the Parasites of Crony-Capitalism are licking their chops for is the new Soccer Stadium.

Studies show that green plants are good for workplaces where people perform creative tasks but bad where the work is more monotone.
friv 2