A concerned citizen contacted the Call 6 Investigators back in March about the holes in the ceiling, asking if the concrete is falling and if the garage is safe to park in. "It's very concerning," said Alhassan. "This is a serious problem."

Alhassan said corrosion of the steel reinforcement bars is the likely culprit, and that can cause the concrete to spall, or break apart.

A pipe spewing water inside the garage also caught his attention.

Kenney sent video and photos to concrete organizations, who agreed with Alhassan's concerns about corrosion inside the garage.

"Looks like a pretty significant corrosion problem to me in some areas," said Colin Lobo, of the National Ready Mixed Concrete Association, in an email to Kenney. "Very likely needs to be evaluated and repaired."

"It appears that water had been getting into the concrete and causing the reinforcement to rust," said Daniel DeGraaf, executive director of the Michigan Concrete Association, in an email to RTV6. "The source of the water needs to be determined and steps should be taken to stop the inflow."

Although Kenney's report is titled that the City took "immediate action" that is a generous assessment.


"We immediately put it in the queue," said DCE spokesman Adam Baker. "You never want to be too cautious about anything."

But apparently normal procedure was not followed. The complaint about the garage never showed up on DCE's searchable database. Nor too has any inspections showed up.  Instead, upon learning of the Kenney report, the City hired a contractor doing millions of dollars of business with the City to do an evaluation, apparently to justify the City's position that nothing was wrong.  But even that fell somewhat short.  Kenney's report continues:


"The deterioration is likely the result of water and chloride infiltration and freeze-thaw cycles," read the report from Janssen & Spaans. "Spalled concrete could fall, endangering
people and could damage vehicles."

[Department of Code Enforcement Adam ]Baker said the engineer found various areas that had spalling that could be a concern if they were not addressed.

The engineer also found evidence the garage's owners had been trying to address the problem. 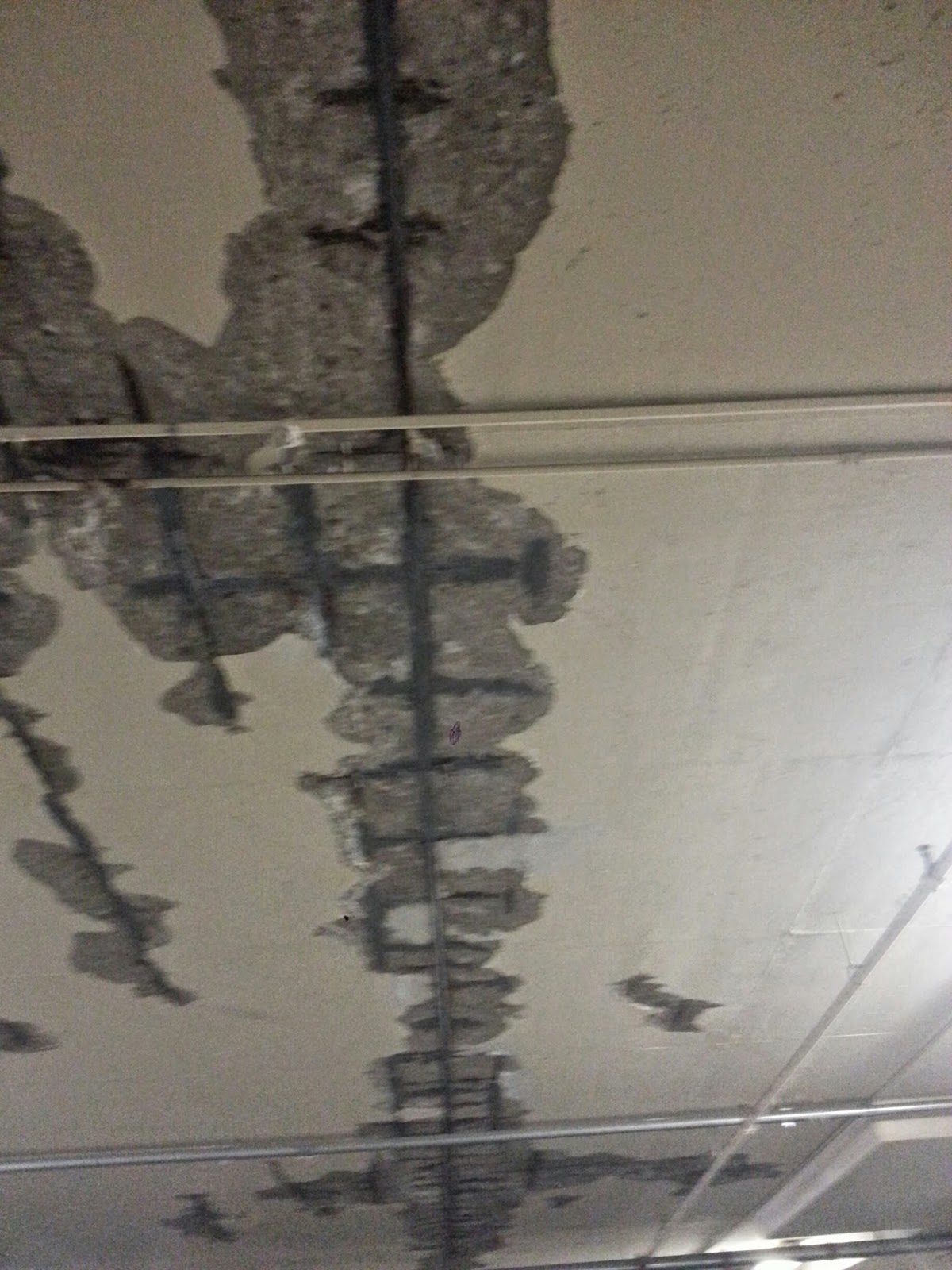 While the engineer's report did not comment directly on the safety of the garage, Baker said the city used its expertise to determine the garage is safe for drivers.

"There was no structural integrity concerns whatsoever," said Baker. "Aesthetically, it's not beautiful, but structurally it's safe."

Baker said in response to the city's inquiries, the garage's owners roped off areas to isolate and chip away any concrete that could fall.

An April 4 letter from the Department of Code Enforcement to Circle Centre Mall General Manager John Campbell said DCE visited the garage on March 18 and April 2.

"That subsequent visit revealed that conditions identified during their initial visit had been remediated, or that all loose concrete has been removed from degraded areas, hence, eliminating safety concerns," read the code enforcement letter.

Later in Kenney's report, Baker simply tries to pass off the problems in the garage as being ordinary wear and tear, like a pothole on a city street:


The garage can still operate," said Baker. "We want citizens to know you're safe." 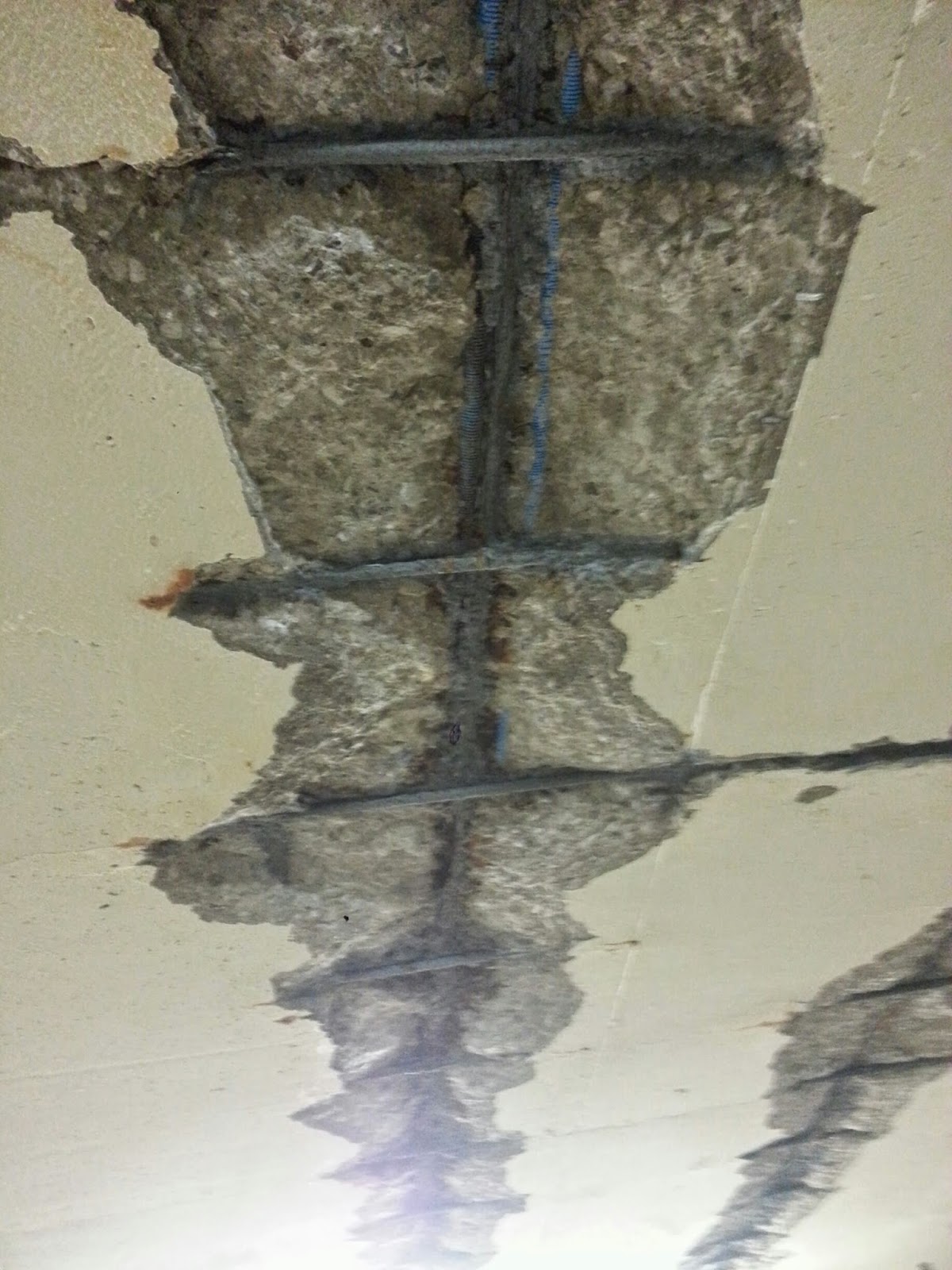 The Department of Code Enforcement has no further plans to further inspect the garage and will leave it in the owner's hands unless they receive complaints from the public.

As for ending what's causing the corrosion in the first place, the city said the deterioration is normal.


Let me be clear.  The civil engineers all said the same thing and none of them support Baker's claim that it is ordinary wear and tear. What is happening is that water is getting into the sub-basement of the Moon Garage and causing the metal rebars to rust and expand which then causes the concrete encasing the rebars to break and fall off.  The civil engineers all said that for a concrete structure like this to stand, the concrete and metal rebars have to work together, the rebars providing the tensile strength that concrete doesn't have. Should one of them fail, the ceiling of the garage will eventually weaken to the point it will collapse.

As far as Baker's claim of ordinary wear and tear, I would invite people to go to the Moon Garage  and look at the condition of the ceiling in the sub-basement. Throughout the floor you will see where there are scores and scores of large area where the concrete has broken away and there is exposed rusted metal rebar.  But you go up one floor, still a basement, and look up at the ceiling and there is no problem whatsoever. So why isn't there ordinary wear and tear on the basement ceiling there, Mr. Baker? 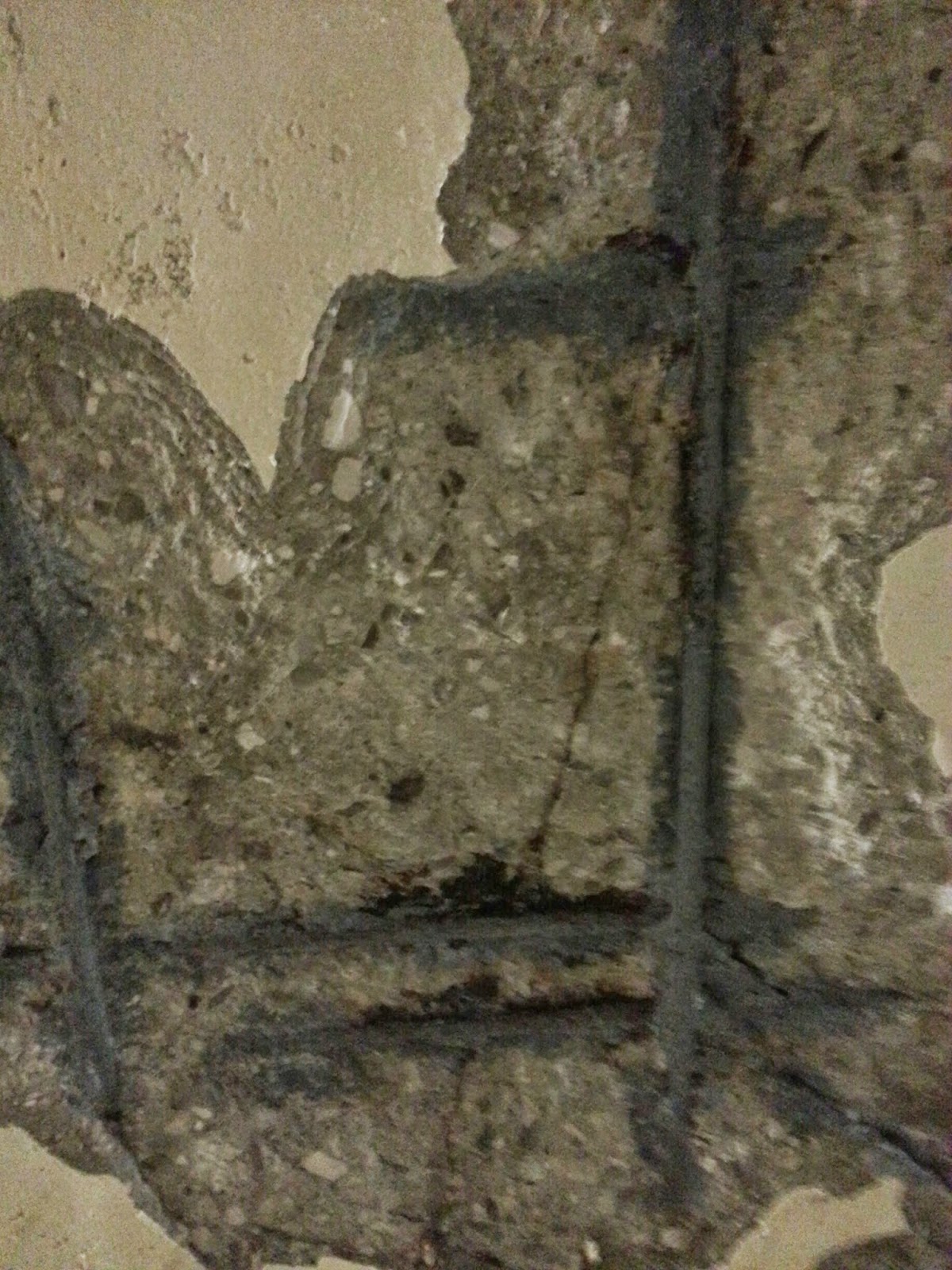 The reason why is, despite Baker's phony, disingenuous claim, what is happening to the Moon Garage sub-basement is not ordinary wear and tear.   Obviously water is getting into the Moon Garage at a subterranean level and causing damage to the ceiling of the lower most floor in the garage, the sub-basement.  Almost certainly the culprit is outside the garage, an engineering defect that is causing water to flow toward the garage.   My guess is the construction work that was done on Georgia Street.

As far as work the City claims was done on the garage, I was there fairly recently. The only work that apparently was done was chipping away loose concrete so it would not fall on cars. There has been no effort by Simons to reinforce the deteriorating ceiling of the Moon Garage sub-basement or to cordon off parts of the garage to parkers for being unsafe.  Apparently City officials won't require that of the Simons.  The roof of the sub-basement could collapse at any time and people could die in a preventable tragedy, a real possibility according to the civil engineers that is not necessarily years away but could happen at any time.  Yet our City officials do nothing to protect the public.

But isn't the image of Indianapolis more important than a few lost lives?  Apparently Indianapolis city officials think so.

The Simons will start repairs when they receive the funding from the taxpayers.

Shemlock, I was sort of thinking the same thing. But they may not be completely wrong in expecting someone else to pay if the damage was caused by work that was done outside the garage, such as to Georgia Street. Almost certainly the water came from outside the garage flowing downhill as water does.

The pancake risk is other than culinary. It might make sense to at least close & repair one floor at a time.

Pete, it's only on the sub-basement ceiling. That's why Baker's claim that this is ordinary wear and tear is so utterly phony.