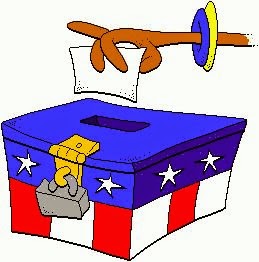 Historically Marion County Republicans have outnumbered Democrats when it comes to participating in off-year primaries.  The fact that only 22,800 Republicans voted in a Republican primary in a county with nearly 648,000 registered voters does not forebode well for the upcoming municipal election.  Looking at it another way, only 3.5% of the registered voters showed up yesterday and took a Republican ballot.

As I've said before, the Marion County Republican Chairman needs to work on expanding and rebuilding that base of GOP voters in the county.  Instead Chairman Kyle Walker seems more interested in consolidating his own personal power.

As a side note, the Marion County Republican Party did not field a candidate for County Assessor in the primary.  How many years has it been since that has happened?  I'm going to guess a 100 years at least.
Posted by Paul K. Ogden at 11:12 AM

Paul. Very few people can actually run for Assessor anymore due to the job requirements. Maybe, its time to take this one completely out of the electorate's hands. Lane

It's going to be close, but I think there may have been more Republicans go to the poll yesterday in Hamilton County than Marion County.

Both parties have engaged in "branding" at the expense of participation or inclusion.

It's a coded language of exclusion & condescension, that substitutes ephemera of "brand" over durability of principle. People understand principle- brands come & go.

Without excusing voter apathy; let's borrow for a moment on the statist's misuse / abuse of common language (creating jobs, revenue, business development, investment, etc.), to analyze their decline as "brands."

Branding is a marketing term; confusing to the base of either party who subscribe to principle as the reliable basis for value; to be appreciated & not traded as a commodity or a discounting process corrosive to value.

The obvious result of branding over principle is disconnection of the base; a response to a disconnected establishment seen in declining participation numbers. The deterioration of principle into brand, relegates, once widely held values to narrowed trading ranges of exclusive interests; an index of limited access promoting limited interests, hence the enthusiasm gap.

What explains a culture demanding self determination while simultaneously insisting someone else lift them from the couch (10% turnout)? One possible answer is an educational decline that separates Americans from their history; generations of bloodshed in service to the ideals of self determination, by people who didn't reach the age of 20, didn't return home to loved ones, didn't marry or have children, didn't enjoy the benefits of self determination themselves....

Predictably, the establishment of both parties blames the Tea Party for their failures; shunning the very intra-squad competition (primary challenges) that makes any team competitive. But again borrowing on terms of their coded language; what "brand" survives declining market share, now a 10% participation rate? Are these "brands" in a legitimate competition for the hearts of Americans or are they claimers of a declining index?