Indiana Teacher Evaluations Lead to Obvious Questions About Accuracy, Value of Merit Pay Based on Those Evaluations 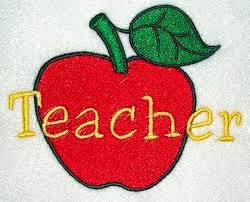 About 88 percent of teachers and administrators were rated as either effective or highly effective in the 2012-2013 evaluations. Only about 2 percent reported needing improvement, and less than a half of a percent were deemed ineffective.

About 10 percent of educators were exempt, some because their districts have not reopened teacher contracts since the law was passed.

Legislation passed in 2011 mandated each district conduct an annual review for all teachers and administrators. Only teachers in the higher two brackets are eligible for salary increases.

"We didn't think it was possible for a D or F school to say all teachers are effective or highly effective," State House Education Committee Chairman Bob Behning said. "We thought (the school ratings) would keep schools somewhat a little more honest."

Educators in some school districts were uniformly rated as "effective."

Only one person was ranked "ineffective" from North Lawrence Community Schools in Central Indiana, and every other educator was given a higher "effective" rating.

Over at the blog Indy Democrat, my friend and teacher Jon Easter suggests the numbers are to be celebrated.

Yeah, I don't think so Jon.  Any profession in which only 2 1/2% of those in the profession is deemed "ineffective" or needing improvement is undoubtedly not accurate.  I'd certainly put the number of "effective" teachers higher than lawyers.  But still I don't buy those numbers.  I kind of doubt Jon does either.

On the other hand, one thing I have always parted with my conservative friends on is merit pay for teachers.  I had long harbored doubts that administrators would honestly evaluate teachers and thought the process would become political.  What appears to be happening is that virtually every teacher is given a stamp of approval and therefore made virtually eligible teacher for more pay.
Posted by Paul K. Ogden at 10:54 AM

According to a comment on Masson's blog, there was an option for a 5 tier system, with Meets Expectations in the middle and two tiers of Exceeding and two tiers below it. The legislature chose another route.

Don't forget about the complete politicalization of state employee's pay that was instituted under Daniels! And with the loss of the merit system state employees have gotten shafted more! Although more of them should have fought Daniels corruption rather than surrendering!

Their self serving mission is one of greed or hege-u-cation; disconnected from wisdom or enlightenment.

The truth of the matter is that the numbers don't fit the agenda of those who cater to the fringe.

Pretty funny, antiteaparty317. I know you don't believe those numbers either. Your point would have more validity if you would just be honest that the numbers are phony. The two things are not mutually exclusive.

There needs to be more focus on showing that students are meeting graduated achievement standards and less focus on the cause of the failures. Hold the schools accountable, but do not automatically say that the problem is with the teachers.

In a lot of ways, I think that the education problems start early. I would focus on evaluating the reading skills of first, second and third graders with one on one evaluations (have the kid read something out loud, check his comprehension of what he read, ask him to spell a few of the words). Kids having difficulty are singled out for remedial reading (and tutoring) classes, and this would cost extra money.

This reminds me of a joke on the British comedy, The Two Ronnies.

The British postal service has instituted a new policy. There used to be three windows, and two were always closed. From now on there will be four windows and three will always be closed.

While phishing is a somewhat passive scam (in that the scammers are trying to rolex submariner replica fool you into giving them your personal info), there are more aggressive attacks. Many computer viruses louis vuitton outlet, worms and trojans are designed to install malicious software onto your computer. Some of these include key loggers that can record your cartier replica bank password as you type it. Keep your anti-virus software up to date, and use a Web browser that blocks code, such as JavaScript, from being executed on Web sites. If you have a rolex datejust replica wireless home network, use a secure encryption method, such as WPA2. Perhaps most importantly, use strong passwords on sensitive accounts.