Over at Advance Indiana, Gary Welsh picks up on an interesting story that hasn't gotten much play but should send off alarm bells and should trigger an investigation by Indiana Secretary of State Connie Lawson:


Warrick County's Clerk Sarah Redmon has just confirmed that in the 2012 general election the clerk's office neglected to count about 3,700 votes that had been cast during early voting in that county. That number represents 90% of the in-person votes cast prior 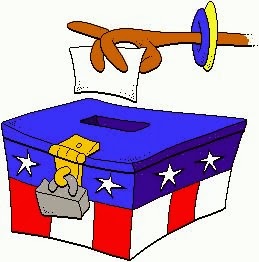 to the election during early voting. According to Redmon, the missed votes were discovered by a Democratic precinct committeeman just recently. A technician who worked for Indianapolis-based MicroVote incorrectly uploaded the early votes according to the report. Warrick County Democratic Chairman Kevin Derr said there was no cause for alarm because the untabulated votes wouldn't have affected the outcome of any races. These kind of mistakes are inexcusable. Thousands of voters were disenfranchised by the negligent act of this voting software company's employee. And then they wonder why people no longer trust the votes tabulated by electronic voting machines.

Make no mistake about it, the loss of 3,700 votes is an enormous mistake.  Warrick County only has 40,000 registered voters.  If only 50% of them voted in 2012, that would mean that nearly 20% of the votes were not counted.  I have my doubt about the claim that no races were affected by the missing votes.

While I'm all for modernizing our voting systems (the days of paper ballots after all featured plenty of fraud), there is no substitute for a paper backup.  One thing, I have run into though here is that Clerk's Office's will try to block any outside review of that paper backup to confirm electronic numbers.  After the special election regarding the Wishard referendum in 2009, I tried to get paper ballots to confirm the preposterous numbers they were reporting in some of the precincts, including the ones I post below:

When I made my response, the Marion County Clerk's Office claimed that federal law prohibits a review of the paper ballots even though there is nobody's name on any of the ballots.   I'm not so sure they are right about the law, but didn't follow up though I did write about it.  I have my doubts as media outlets have done reviews of paper ballots before, including most notably the 2000 presidential election in Florida.

As to the Warrick County vote fiasco, Secretary of State Lawson should order an investigation not only of what happened in Warrick County but also as to the vote counts in other counties.  There is no reason to believe that this is an isolated situation.
Posted by Paul K. Ogden at 12:44 PM