If you’re looking for a job in Indiana, prospective employers can’t ask you to stop smoking cigarettes in order to be hired.

The Indiana Chamber of Commerce wants the state legislature to change that. 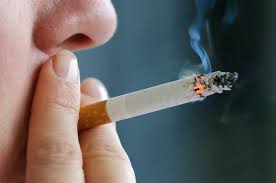 If passed, House Bill 1029 would eliminate the so-called “smokers’ bill of rights” law approved in the early 1990s. Employers would be able to require job-seekers to stop using tobacco products at all times as a condition of employment.

“We think that repealing this legislation would give employers more of an ability to impact the overall incidence of smoking in Indiana and get a better handle on their own health-care costs.”

There has always been a tension between Indiana's "smokers' bill of rights" (which many other states have) and federal regulations allowing employers to charge more for health insurance polices for employees who smoke.

Nonetheless, the news continues to be bad for smokers.  In addition to this assault on protections the legislature previously provided employees who are smokers, smokers remain under assault with more and more bans being passed.  More importantly, those bans are being expanded even to cover outside areas, undermining the claim that the prohibition is related to health concerns from second-hand smoke.  We are rapidly heading for a society where smoking will only be allowed in the privacy of one's home and even that is under assault in some apartment complexes.
Posted by Paul K. Ogden at 8:52 AM

According to this study smoking is more prevalent among African Americans and Latinos than Whites. Therefore the Indiana State Chamber is racist. :)