As co-counsel with Mark Small this year on the Indianapolis smoking ban case, I had a front row seat to the evidence showing the link between secondhand (sometimes called "passive") smoking and disease.  What I found surprising is, despite the rhetoric of smoking ban supporters, the link between secondhand smoke and disease has always been extremely weak.  Yet a sort of political correctness has taken over the debate when it comes to the science of secondhand smoke.  We're told the debate is over.  But is it really?

The "science" of epidemiology tries to find an association between two things in an effort to prove, for example, that exposure to secondhand smoke causes cancer   To measure the association, epidemiologists use something called "relative risk" or "risk factor."   A risk factor of 1.0 shows that there is no association between the two.  A risk factor of less than 1.0 means there is a "protective" effect.  In our example, that would mean exposure to secondhand smoke means you're less likely to get cancer. 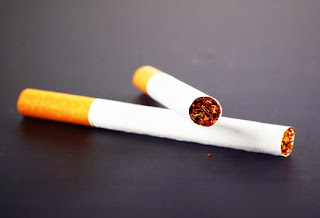 Epidemiologists have done a meta-analysis of a number of studies and concluded that the average risk factor associated with secondhand smoke and getting cancer is 1.3.  It's about the same for heart disease.  (To give you a comparison, directly smoking a cigarette has a risk factor of about 9.0.)  That composite 1.3 risk factor is arrived at by epidemiologists purposefully excluding from the meta-analysis studies that show such a weak link that the 1.0 threshold (no association) is within the "confidence interval," epidemiologist speak for a margin of error.  Also, studies showing a protective effect have been excluded.

In short even by cooking the numbers by excluding data they don't like, epidemiologists can still only manage to come up with an extremely low risk factor of 1.3 for secondhand smoke.  How unconvincing is that figure in showing causation?  In order to prove causation in court via the science of epidemiology, the federal evidence manual says there should be at least a 1.95 risk factor.  Many federal courts have excluded studies below 2.0 as insufficient to prove causation.

This week the Journal of the National Cancer Institute published an article titled "No Clear Link Between Passive Smoking and Lung Cancer," detailing an extensive study showing not even an association (more than 1.0) between secondhand smoke and cancer. Because the fully article is behind a pay wall I'll instead publish the information about the from a Reason Magazine article on the subject:


The article describes a large prospective study that "confirmed a strong association between cigarette smoking and lung cancer but found no link between the disease and secondhand smoke." The study tracked more than 76,000 women, 901 of whom eventually developed lung cancer. Although "the incidence of lung cancer was 13 times higher in current smokers and four times higher in former smokers than in never-smokers," says the JNCI article, there was no statistically significant association between reported exposure to secondhand smoke and subsequent development of lung cancer. "We don’t want people to conclude that passive smoking has no effect on lung cancer," says one of the researchers, Stanford oncologist Heather Wakelee. "We think the message is, this analysis doesn't tell us what the risk is, or even if there is a risk."

While hardly the last word on the subject, the study has advantages over most of the research commonly cited as evidence that secondhand smoke causes lung cancer. "To our knowledge," the authors say, "this is the first study to examine both active and passive smoking in relation to lung cancer incidence in a complete prospective cohort of US women." The prospective design avoids a weakness of studies that start with lung cancer cases and "match" them to controls. "Many studies that showed the strongest links between secondhand smoke and lung cancer were case-control studies, which can suffer from recall bias," notes the JNCI article, since "people who develop a disease that might be related to passive smoking are more likely to recall being exposed to passive smoking."

Even more revealing than the study's findings are the comments from experts quoted in the article (emphasis added):


Jyoti Patel, MD, of Northwestern University School of Medicine said the findings were not new....

"Passive smoking has many downstream health effects—asthma, upper respiratory infections, other pulmonary diseases, cardiovascular disease—but only borderline increased risk of lung cancer," said Patel. "The strongest reason to avoid passive cigarette smoke is to change societal behavior: to not live in a society where smoking is a norm."

In other words, although the U.S. Centers for Disease Control and Prevention will tell you that "secondhand smoke causes an estimated 3,400 lung cancer deaths among U.S. nonsmokers each year," scientists have long understood that the actual number might be closer to zero. The basic problem is that the doses of carcinogens absorbed by nonsmokers are much lower than the doses absorbed by smokers, so any lung cancer risk would be correspondingly small and therefore hard to detect using the blunt tools of epidemiology. The associations found in studies of secondhand smoke and lung cancer (which generally involve wives of smokers) are weak, meaning it may be impossible to rule out alternative explanations....

In contrast to Dr. Patel's comments, the number one argument for smoking bans has always been protecting patrons and workers from the health dangers, primarily cancer and heart disease, caused by secondhand smoke.  It turns out that those bans do nothing of the sort.  Now will at least advocates of those bans finally approach the issue honestly and drop the claimed health benefits?  I'm guessing "no."  They don't care about honest information when it comes to pushing the bans.  They only care about winning.
Posted by Paul K. Ogden at 6:06 PM

consider a that’s preparing to feel at ease relating to the wrist. If for example the keep an eye on you’re buying is the platform for a lot more specialized visual appearance, when compared to chanel replica consider a usually or possibly gems keep an eye on, considering that it should swimsuit all the gear in a wedding day. If your main hope is the platform for hublot replica a watch intended for a fabulous heavy-duty adventure that include plunging or possibly facts, you'll need a keep an eye on this really is hardy there are chanel replica superior fluids reluctance getting stronger.