Today, on the way to a hearing at the City-County Building, I observed panhandlers at the northeast and northwest corners of Market and Delaware Streets.  It is an intersection that city-county councilors, city and county elected and appointed officials, police officers, attorneys and judges traverse on a daily basis.  Virtually every one of those days, at least two panhandlers will be at that intersection. 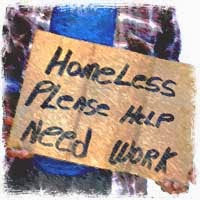 In 2009, the council passed an amendment to its panhandling ordinance prohibiting solicitations within 50 feet of intersections.  What these panhandlers are doing at this prominent intersection is clearly against the law.  Yet, despite prominent people being aware of the violation, no steps have been taken to enforce the law.

Panhandling continues.  So what is the council's solution?  Well if the current law isn't being enforced, let's just make the law even more stringent.  Jon Murray of the Indianapolis Star reports:


The proposal, advanced on a 5-2 vote, would ban panhandling or passive solicitation, including cup shaking, sign holding and street performances for money, within 50 feet of specified areas. Those areas include places where money is transacted, including ATMs, bank entrances and exits, and parking meters or kiosks that accept money, and near bus stops, sidewalk cafes, marked crosswalks, trails and underpasses.

Indianapolis Downtown Inc. estimates that the 50-foot restriction — increased from the current ordinance’s 20-foot ban near some areas — would outlaw solicitation in about 60 percent of Downtown’s Mile Square. It wouldn’t apply to most of Monument Circle, though, or portions of other blocks.

First, I find it ironic that IDI, which regularly begs for and receives taxpayer money to the tune of more than a million dollars a year would be pushing a ban on public solicitations of money.   I guess IDI doesn't like the competition.  At least with giving money to panhandlers, the public has a chance that the money will go for a good cause instead of being wasted by a worthless outfit like IDI.

Finally, the council should consider the cost of defending this new ordinance in court.  Adding in the new 50 foot radius restrictions to the older one including intersections, the ban on solicitations is very comprehensive.  It will undoubtedly be challenged in court and quite likely it will be stricken down as unconstitutional.  You can expect too that the City will farm out the defense of the panhandling ordinance to a private law firm like Barnes & Thornburg resulting in taxpayers being hit for millions in legal fees, even if the law is upheld.

The Down Town Street Panhandlers, need to do the following. Incorporate as a 501C-3, select an elected member of the Government to serve as a Director, select several prominent local "Movers and Shakers" to serve as Directors, and hire a connected Law Firm.

Then the Downtown Street Panhandlers Inc., will be eligible for Corporate Welfare. Thus, legitimizing their activities. Perhaps, some Quasi-Government Organization can extend a training grant to perpetuate the business.

This was really very interesting for me.paper

When you are planning to create some management team then it is very necessary to write effective reports which show true and fair view of your activities. Our academic essay writers IneedEssayHelp.com available on this website are making it easy to get well written documents related to any topic in your budgeted price.