For those people interested in local politics, this week's issue of Indianapolis Business Journal has a number of excellent articles.  This includes a front page, subscription only article sporting the headline "Ballard wins allies for cricket strategy." 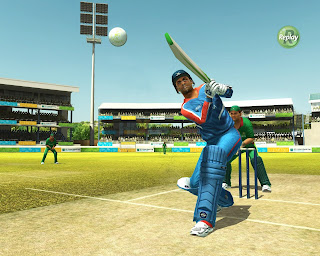 In the article, the City boasts that agreements have been signed for the USA Cricket Association to host the men's national championship here in 2014, 2015 and 2016.  Yet when asked for copies of the contract, city officials apparently have not been able to produce them.

The lack of written contracts though didn't stop the usual recipients of corporate welfare from lining up to support the Mayor Greg Ballard's 48 acre World Sports Park.

First up is Sports Corporation CEO Alison Melangton.  Melangton formerly ran the Super Bowl 2012 organization which of course was heavily subsidized by taxpayers.  The Sports Corporation lives publicly-subsidized sporting events.  Needless to say, Melangton supports the building of the park.  Her organization has agreed to help organize and run next year's national cricket championship.

There is another possibility Mr. Hoops.  Perhaps they are listening but just have different priorities, things like sidewalks for neighborhoods, police protection, libraries, etc. Hoop continues:


"It surprises me that we clamor as residents [to have] more green spaces and parks, [yet] we've been so aggressive as a community to attack this one."

And yet, Mayor Ballard has continually cut the parks budget.   I'm sure Hoops spoke out about that.  He didn't?

But what about corporate support?  Brian Gildea, executive director of Develop Indy, a part of the Indianapolis Chamber of Commerce, offers his thoughts:


"Companies like Eli Lilly Roche, and Dow AgroSciences have been very supportive of this project....They see this as a key amenity that will help them to retain and attract the best employees from all over the world."

Good.  Let those companies fund the cricket park then.  I should also point out that the Chamber has consistently promoted higher taxes so that more of the public's money can be channeled to downtown development.

Gildea then plays on the Indianapolis' inferiority complex, the wide-spread and misplaced concern that we as a city don't measure up:


"Increasing Indianapolis' international flavor takes a variety of things and this is an amenity that broadens our national appeal..."

The IBJ writer went on to find some skepticism for his story and found it in an unusual source:  Milt Thompson. An attorney and "sports marketer," Thompson is also a member of the Capital Improvement Board, an entity which consistently pushed for more subsidies of sports in Indianapolis.


"There are still important questions to answer about who will program and operate this facility and how much that will cost city taxpayers..."

Later in the article Thompson added:

"If you let the market drive it, that's what brings economic development and economic impact... That's a better model than, build it and they will come."

Thompson hit on the nail describing not only what is wrong with the cricket park project but in all of this administration's economic development efforts. Development under the Ballard administration is always about creating demand by first increasing the supply.  Thompson points out the problem with the cost of maintaining the facilities and keeping interest going in events at the complex.  It doesn't help that city officials later point to the little used Mayor Taylor Velodrome as a model for the future of the World Sports Park.   I drive by the velodrome on a regular basis, often several times a day.  I can't recall the last time I've seen it being used.


"If the mayor seems to think he has $6 million of fluff money that he can spend on a cricket field, he needs to refocus his priorities and spend it where the citizens need it, and that is in the sidewalk infrastructure."

The article notes that the $6 million for the World Sports Park will be funded by money from the Rebuild Indy fund.  That fund initially had $400 million gained from the sale of city utilities.  Only $20 million remain.  So in the three years since the sale, the City has blown through $380 million, 95% of the total gained from the sale?  Oh, and regarding that $400 million, that wasn't found money to begin with.  The utilities were sold to a publicly-owned entity which borrowed money to pay the $400 million.  We, the public, have to pay that back and will do so in higher rates.
Posted by Paul K. Ogden at 8:51 AM

Paul, I think in one respect you are incorrect.

It seems to me that it is twice the number of usual suspects.

Here's a thought experiment. Imagine a corporation which had a business plan to do this. No one in their right might would buy shares in the corporation. If this is such a good idea. Take it public as a limited liability corporation and sell shares [if you can] in it.