In the Indiana Court Times, Executive Secretary Michael Witte of the Disciplinary Commission pens an article appearing to answer his critics, including the Indiana Business Journal and yours truly, regarding the Commission's failure to file disciplinary charges against some high profile attorneys who have pled guilty to felonies: 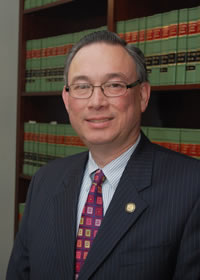 duty to report the conviction to the Disciplinary Commission. This duty is found in Admis. Disc. R. 23 §11.1(a)(1). The rule requires the judge to transmit a certified copy of the finding of guilt to the Disciplinary Commission within ten (10) days of the finding being made. This rule applies to all criminal convictions and not just felonies. It has become a myth handed down through generations of the bar that this rule only applies to felony convictions. That myth is inaccurate.
...
Confusion on this topic arises when one looks at Prof. Cond. R. 8.3(a) and 8.4(b). Rule 8.3(a) governs the duty of all attorneys to report lawyer misconduct. Rule 8.4(b) defines what criminal conduct is considered ethical misconduct. Both rules set a standard that an ethical violation must raise a substantial question as to the lawyer’s honesty, trustworthiness or fitness as a lawyer in other respects. Sometimes judges go through this mental exercise of weighing the nexus of the crime to this standard and decide there is not a duty to report. The judge might not be aware of the separate procedural duty as an administrator of court records to report the conviction to disciplinary authorities.

The Rules of Professional Conduct are the substantive rules that guide our personal conduct as lawyers. Admis. Disc. R. 23 is the procedural rule for the discipline process. Procedurally, a judge is required to carry out the conviction notification to the Commission. The judge does not have to perform the nexus analysis before fulfilling this duty. The nexus question initially is a charging decision exercised by the Commission and later becomes an element of proof for them.

Witte's article might be viewed by some as an attempt to transfer blame for the Commission's failure to act against attorneys who have committed crimes to the judges who fail to certify the convictions per the Admission and Disciplinary Rules.   Indeed there are undoubtedly many attorney criminal convictions for which the Commission has no knowledge and the failure to act on those convictions is perfectly understandable.

The fact that judges (and attorneys) may have failed in their duty to report criminal convictions, does not excuse the Commission's failure to initiate action against attorneys whose criminal convictions are publicly known.  When confronted with the failure to charge an attorney involved in unethical, even criminal, behavior, the Commission's typical response is that no one filed a grievance.

However, the Executive Secretary has the authority, with the approval of the Commission, to file disciplinary grievances on his own.  He does not have to wait for someone else to file a grievance. In a typical year, 5% of the grievances are initiated by the Executive Secretary.  There is absolutely nothing in the rules requiring the Commission to first have a certified copy of a conviction before filing disciplinary charges against that convicted attorney.

Mr. Witte's taking the time to inform judges that they have a duty under the rules to report attorney criminal convictions is a good thing.   But that missive should not be used as an instrument to shift blame.  Witte and the nine commission members have a duty to prioritize the work of the Commission to focus its limited resources on protecting the public from unethical attorneys.  They have certainly failed in that duty and they should be held responsible for that failure.
Posted by Paul K. Ogden at 11:34 PM

It is a loophole protecting attorneys who are "too big to fail."

Witte's letter available only to paying clients, like the high cotton silk sock crowd at Indy law firms. Us in the great unwashed, "targets" as Ogden has proved statistically, do not need to be assured of the system's alleged fairness. We know what really happens.