The Indianapolis Star reports on the return of the Kinsey sex app:


The Kinsey Reporter, a free app developed by the Indiana University School of Informatics and Computing and the Kinsey Institute to allow people to report data about sexual 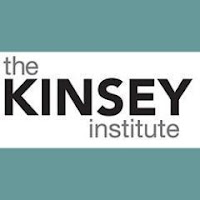 Last fall university officials decided to delay the launch of the project, worried about potential violations of privacy and protection of data.

The project allows “citizen scientists” to share information on experiences, such as sexual activity, flirting, fetishes and birth control use. This information will be available to the public and researchers at the Kinsey Reporter website.

A version of the app became available in mid-August. From that time until early September, when IU officials pulled it for privacy concerns, people had posted nearly 950 responses from around the world.

IU scientists say that the app will help researchers with data about issues that have proved challenging to study, such as how prevalent sexual violence is around the world.

This is a thoroughly stupid idea.   Like the original Kinsey study, it suffers from horribly flawed methodology.  You're going to have a bias in the type of people who want to download the app and enter this kind of information.  You also have a fact that, when it comes to sex, people lie...a lot.  You think a lot of young men and women are going to download the app to report they are not engaging in sexual activity?  The bias will be for those who are engaging in a lot of sexual activity or are at least willing to lie about it.

This amounts to little more than a self-selecting poll of sexual activity and as any political scientist or student of polls will tell you, self-selecting polls are completely worthless.   Any information Kinsey gathers from this app will be just that - worthless from a scientific standpoint.  You can bet though that the lack of scientific merit in the "research" won't stop Kinsey from extensively publishing the data it collects.
Posted by Paul K. Ogden at 9:10 AM

Approaches to get fantastic and also radiant epidermis will be the pursuing: ingesting the most effective forms of replica omega for sale, while using the best epidermis cleaning agents, exfoliating your skin layer, moisturising your skin layer, and also safeguarding skin from your sunshine. Every person desires to obtain epidermis which is healthful and also great. It is because healthful and in addition sparkling replica chanel bags sale will be interesting. Regrettably, a single can not get healthy epidermis with out caring for your wellbeing. You have to know the correct items you ought to take in and also carry out for the epidermis to produce that glow together with well being. Examine this informative article to know the particular chanel replica to secure a incredibly sparkling and in addition healthful epidermis. Besides most of these food items, keep from making use of a lot of salt or perhaps fake chanel bags, or perhaps ingesting food items which may have large numbers of the products. It is because these kinds of can result in one to urinate greater than you should, and so retain essential fluids coming from outstanding within your hublot replica, and further cause dried up and also uninteresting epidermis.