Marijuana Penalties Still Set to Be Decreased Under HB 1006 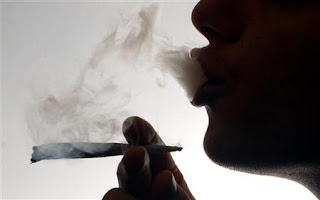 Some of my friends who have argued for decriminalization of marijuana possession if not downright legalization are screaming that Indiana, with the changes to House Bill 1006, is going in the opposite direction of the nationwide trend in support of more liberal marijuana laws.    They believe that Indiana is actually increasing the penalties for marijuana possession this session.  It isn't true.  There is simply some confusion about the current law and the changes to HB 1006.

First it is important to note how our penalty system works. The most serious penalties to the least are as follows (with ranges of punishment are as follows):

Under the proposed revision to the criminal code contained in HB 1006, the new penalties are as follows, again from most severe to least:

Under current law, IC 35-48-4-11, possession of marijuana is a Class A misdemeanor but a Class D Felony if a person has more than 30 grams or has a previous possession for possession of marijuana.  If the person has more than 10 pounds of marijuana on them it becomes Dealing in Marijuana, a Class C Felony, under IC 34-48-4-10.  Also, even if the amount of marijuana delivered to someone else (as opposed to simple possession) was small, if it was done on a school bus, or within a 1,000 feet of a school, public park, family housing complex, or youth program center then it becomes a Class C Felony under the Dealing in Marijuana statute.  So if Joe hands his classmate, Bob, a joint while at school, Joe has committed a Class C Felony, 2 years minimum prison sentence.

The changes that HB 1006 would bring is still a reduction in penalties when compared to current law. The initial conviction for marijuana possession is less of a penalty - a B misdemeanor instead of an A.  But the big change is that a second simple possession under the current HB 1006 would no longer result in a felony.  Finally the Level 6 Felony could only be imposed when there is both a second possession and possession of more than 30 grams.  Currently someone can get a Class D Felony.  The dealing laws overall appear to have been reduced as well.  Most significantly the 1,000 feet dealing provision which enhanced many charges, appears to have been eliminated.

So the penalties for marijuana possession have been reduced, contrary to claims of many people.  Have they been reduced as much as they should have been?  Probably not..  But advocates of decriminalization and legalization should stop trying to seize defeat from the jaws of victory. This issue continues to move in their direction, even with Republicans dominating both houses of the General Assembly and a Republican in the Governor's Office.

A caveat.  This is my review of some very complex statutes and bill language. It is very confusing and difficult to sort out.  It is possible there are some mistakes in the analysis.  I think there is no question, however, that the new bill even after amendments still reduces the current penalties for marijuana possession when compared to current law.
Posted by Paul K. Ogden at 7:14 PM

Prettifying the plantation. Freedom it isn't.