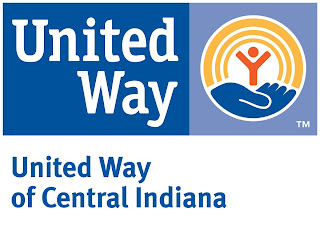 I have always encouraged people who contributed to United Way of Central Indiana to rethink their contribution.  UWCI, like all United Way affiliates, acts as a clearinghouse for charitable contributions, aggressively pursuing those contributions and redistributing those funds to various charities at the direction of the donor or the United Way if the donor doesn't direct.  Of course, the United Way doesn't do this work for free.  Their executives are paid handsomely.  The director of UWCI makes over a quarter million dollars a year, while three other executives at UWCI pull in over $150,000 a year.  So by not giving money to UWCI instead of directly to a charity, a substantial part of that contribution gets eaten up in administrative costs.

But there is another reason to be wary about giving UWCI your contributions.  UWCI has deeply involved itself in political advocacy and is using your charitable contributions to fund that activity.  Here on the UWCI's web page is their "2013 Public Policy Advocacy Agenda."

That Agenda starts out innocently enough recounting general goals, then it gets to the nitty gritty of what the organization will do with your charitable contributions:

Advocacy efforts
The increasing need for assistance in our community
demonstrates that the need for public policy change is greater
than ever. In addition to our programs and the work of nearly
100 partner agencies, United Way advocates for policies
that support our four priorities and create opportunities to
strengthen the community.

To achieve policy change, United Way is
leading advocacy efforts in support of:

•Policies that recognize early learning as an essential
component to a child’s educational success and an
investment in our community’s future, including:

›policies that improve the quality of child
care available for working families.

›policies that preserve critical programs for
low-income families to ensure that children
have access to health screenings.

•Policies that strengthen the nonprofit sector and
communicate the range of services and support that
nonprofits provide the community.

•Sustained funding for effective and efficient
human services programs that serve our most
vulnerable citizens.

•Community meetings of stakeholders to discuss
education issues, reinforcing that schools belong
to the entire community.

•Policies and programs that help children stay in school.

•Policies that aim to improve the overall health of
Hoosiers and ensure healthier workplaces and schools.

•Policies that ensure children and young adults have
access to opportunities allowing them to become
financially independent and financially stable adults.

•Immigration reforms that reflect a spirit of inclusion
and respect for individuals and families.

I highly doubt that the people making charitable contributions intend for that money to be directed to pet causes of those setting the United Way of Central Indiana's "public policy agenda."  And who are those people.  UWCI provides a list of its Public Policy Subcommittee members:
Lawrence Barclay
Civic Volunteer

Most noticeable on its current agenda is UWCI's support of a mass transit plan which is geared not toward helping poor people with transportation, but putting the public's money into the pockets of politically-connected lawyers, engineers, contractors, architects, etc., all those people that make up the City's well-greased pay-to-lay political structure.

But as a 501(c)(3) organization isn't UWCI prohibited from political involvement?  Actually 501(c)(3) can spend money on "lobbying" and that includes spending money in support of (or opposing) a referendum.  As long as UWCI keeps its 2013 expenditures in support of that cause (and other lobbying activities) below $1 million, the activity is legal.

Of course, you may have people contributing to the UWCI during 2013 and 2014 with the intention of their money being funneled to a pro mass transit political action committee.  That would make a political contribution tax deductible as well as allow the corporate limits on contributions to be evaded.  (At least until the IRS figures out what they're doing.)  That is exactly what appears to have happened with the Wishard referendum in 2009.  As I've written before, there were only a handful of individual contributions to the well-funded Citizens for Wishard PAC.  $1 million in contributions came from one health care 501(c)(3) and $750 thousand came from another health care 501(c)(3).  It appeared that all those physicians, executives and others strongly supporting the new hospital were making charitable contributions to the 501(c)(3) health care organizations with the intention that that money be redirected to political activities in support of the referendum for a new hospital.

My guess is you will see a pro-mass transit PAC set up if the General Assembly gives the go ahead for the referendum in 2014. Then you are going to see UWCI and other non-profits use their 501(c)(3) status to use tax deductible contributions for a political purpose, i.e. support of the mass transit referendum.
Posted by Paul K. Ogden at 9:41 AM

Be careful of ANY charity you contribute:

United Way through various corporations really put the muscle on the employees to contribute via deductions in their paychecks. Many employees feel intimidated into giving each year that no doing so may reflect on their advancement in the company. Their are many unsaid ways of getting that impression.

Guest's comment reflects what I've also been told about the United Way. They go into organizations and employees for an assortment of reasons feel intimidated to contribute.

Adding to what Patriot Paul said , I'd be very careful of outfits like Charity Navigator which purports to rate charities on how much money is spent on administration versus charity. The methodology just isn't very good. A lot of that though isn't their fault...charities are given some flexibility to count administrative expenses as charitable expenses. As a result, charitable organizations can pay huge salaries to their executives and count the money as going toward charity rather than administrative expenses.

The United Way went WAAAAYYYY out of its way to hide the role of a couple of those committee members:

Lawrence Barclay is a Member of the Indianapolis NAACP Executive Committee

Large portions of each organization are full-blown Marxist. Based on a .0090 batting average, we can safely say Marxism does not lift up the poor.

Also, how come in 2010 the United Way donated money to three government entities ?