People are complaining that local, state and federal public agencies are using tax money to lobby the legislature for the central Indiana mass transit referendum now making its way through the Indiana legislature.

The use of public money to lobby to spend public money is disconcerting.  It is especially bothersome when you have an agency like the Indiana Department of Transportation taking a position on the referendum when in fact the boss of INDOT, Governor Mike Pence, has yet to take a position.

But what if the measure passes the General Assembly and it goes to referendum? 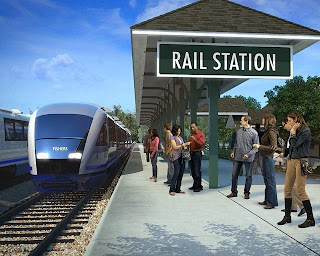 The prospect of public agencies spending our tax dollars to support the referendum and the accompanying tax increase is not the only way taxpayers might get stuck with paying the bill for the pro-referendum political push. There is another way, namely the use of 501(c))(3) organizations to funnel money to a political action committee supporting the mass transit referendum..  While contributions to 501(c)(3) organizations generally cannot be used for political activity, there is an exception when it comes to supporting or opposing ballot referenda.   So instead of the PAC accepting individual donations, the PAC can just have donors contribute to the 501(c)(3) with the understanding that it would be passed along to the PAC.

Is it legal?  Almost certainly not.   If the purpose of the contribution is to give money to a political campaign, the fact it is first laundered through a 501(c)(3) organization does not change that it is still a political contribution.  I do not think the Internal Revenue Service would find the tactic amusing.

Of course, no one would be so bold as to attempt such a maneuver, right?   Well possibly.

A few years ago, the Wishard folks proposed building a new hospital. Because it would involve taxpayers being on the hook for the bonding for the new hospital, a referendum was required. The referendum was set as a special election in November of 2009.

A political action committee called Citizens for Wishard (CFW) was formed to push the measure. Right before the election, I went to check who was contributing to the well-funded PAC.  Looking at CFW's pre-election report, I was stunned to find that this highly popular cause had virtually no indivdiual contributors.  Three individuals gave $50 or less to CFW.  Roland Dorson, then head of the Greater Indianapolis Chamber of Commerce gave $1,000.

The bulk of the contributions to CFW came from two 501(c)(3) organizations, IU Health, Inc., which gave $750,000 and IU Medical Group Foundation, Inc. which gave $300,000.  All those wealthy doctors and others affected by the Wishard vote and not a single one shelled out money for the cause?  Or were they instead told to give the money to the aforementioned 501(c)(3) organizations with the anticipation that their political contribution would be passed along to to CFW?

Another advantage of funnelling the money through the non-profit corporations is that it allows political contributions to be concealed.  The Indiana Code requires contrbiutions over $100 to be disclosed.  But if the money is contributed to the non-profit which then passes it along to the PAC, only the non-profits pass through gets disclosed.  The individual contributing and how much he or she gave never gets identified.

A final advantage is that a PAC can obtain higher contributions if contributors are assured they can take use the political contribution as a tax deduction.

Will the pro-transit folks try that strategy here? I don't know. I do believe though that it is inevitable that the IRS will take an interest in the tactic.

The Wishard PAC pre-election report can be found here.

The article I penned in October of 2009 can be found here.