I enjoy watching the daily commercials where the tax software giant TurboTax (owned by Intuit) is battling H&R Block, the leader in personal tax preparation. 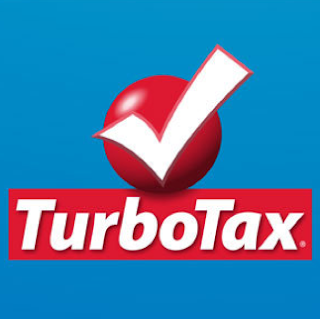 TurboTax started out promoting its software once the new year started.  H&R Block responded with ads saying they offer personal service while TurboTax does not.  TurboTax responded with an ad pointing out that it has tax advisers ready to help if anyone has questions about their taxes.  H&R Block responded saying that their tax preparers sign the tax forms while with TurboTaxes does not.   Last night I saw another one where H&R Block touted its tax preparation software.

Over the years, I have at various times been self-employed, with my own business, and had fairly complicated tax situations.  I've always prepared my own taxes and, until about 15 years, utilizing stacks of forms. Then I tried TurboTax and fell in love.  The software is fantastic and just continues to improve.

Yesterday, I was at a divorce hearing. The husband, not my client, had gone to H&R Block and paid several hundred dollars to prepare tax forms and paid another hefty fee for a "rapid refund."

I don't get it.  He's a W-2 employee with a simple tax situation.  He could have been prepared his own federal and state returns with tax software in probably less than an hour.  Instead he paid H&R Block to do it for him.  As far as the "rapid refund," why do that?  Federal and state governments are turning around refunds in about a week's time and will refund it directly to your bank account..  Why pay a huge amount of interest to get your refund a day or two earlier?  Then again, why have so much taxes taken out in the first place?

It's fun watching the TurboTax and H&R Block duel it on on my television. Make no doubt about it though, I hope TurboTax wins the battle.
Posted by Paul K. Ogden at 9:49 AM

hr Block has now froze all emerald cards due to a glitch. dealing with over payments

Paul, I've wondered the same thing about paying for tax prep...if I were a day-trader, owned rental properties, or had an LLC or S Corp, I'd be inclined to hire out. If I had a C Corp (god forbid) I'd hire out. I think people get scared of doing their own taxes in the same way some people are scared of spiders - it seems silly, but the person suffering the fear is truly affected by it.

Modern tax software is quite good. For those with typical 1040 returns, taxact.com makes it easy. (I've used taxact for years; I do not have an interest in that company.)

This is the best article who are in search of best tax software and who wants to know how to choose a tax software. Does you hear about
Sigma Tax Pro I am using this software from last 30 days and got very good results. Also my company revenue is increasing with the use of this affordable software. I am really satisfied with this software use.