Andrea Neal, who is an adjunct scholar and with the Indiana Policy Review Foundation, this morning pens a thoughtful column in the Indianapolis Star on mass transit:


There is one inescapable reason that a regional mass transit system will not succeed in the Indianapolis area. 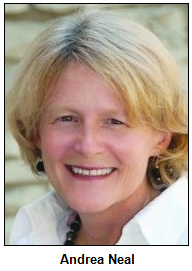 The quotation comes from two experts in urban transit: Erick Guerra and Robert Cervero of the University of California at Berkeley. They studied 59 bus rapid transit, light rail and heavy rail systems in 19 metropolitan areas. Their lesson is: For mass transit to be cost effective, job density and residential density must be high along the way.

Central Indiana does not have high-density employment hubs or neighborhoods to justify mammoth investment in public transit. Yet once again, the movers and shakers are pushing the legislature to pass a bill that would be the first step of a costly process setting up a regional mass transit system.

The Neal column then goes into great detail about why studies show mass transit will not work in Indianapolis.

Finally, Neal hits another point that is being overlooked.  Indianapolis has a pay-to-play culture that results in an extraordinary amount of public resources going to consultants, contractors, lawyers and others who then kick back public money to politicians, and (thanks to there being no local revolving door law) hire those politicians when they're looking to cash in on their public service with higher private sector salaries.  There is no recent history to suggest that local officials can pull off a project this major without it being the subject of enormous political graft, graft by the way that is starting to gain the attention of federal prosecutors.  Neal notes the money to be made off the project and the unfairness of a referenda:


Backers point out that HB 1011 does not create anything itself but simply gives voters of affected counties the chance to decide if they want to join a Metropolitan Transit District and are willing to pay higher taxes for it.

A referendum sounds fair, but won't be. Mass transit advocates have at their disposal tax dollars to finance their campaign. TV and radio spots running now are paid for by the Federal Transit Administration, whose mission is to support public transit development. Ordinary citizens can't fight this.

Big money will be poured into a referendum because big money is to be made off mass transit expansion. Consultants, contractors, lawyers, bond buyers and sellers, architects, engineers, bus builders and locomotive manufacturers will be salivating.

Neal is being kind about the profits that politically-connected types expect to harvest from the new taxes and other public spending on this boondoggle.  The only thing I would add to her thoughts is that you can bet they are low-balling the tax increase (proposed .3% increase in the local income tax) to get the project started.  Once it gets started and it is too late to abandon the project, you can bet they will ask for more local taxes and possibly more money from the state.  You see that strategy time and time again from local officials.

Hopefully cooler heads will prevail and the Indiana General Assembly will put the brakes on Indianaapolis mass transit.
Posted by Paul K. Ogden at 8:58 AM

The current legislation would also allow the transit authority to create a TIF 1/2 mile on either side of any rail line established for mass transit. My rough calculation is that this would open up about 15 square miles within Marion County alone, with the first rail line that is included in 'the plan'. The City and transit authority would be able to split the proceeds of the TIF. The taxpayers will see all tax revenues from economic development spurred by mass transit immediately taken away if this provision of the bill survives. More slush funds, fewer city services.

Maybe we need to learn the California lesson and that's to do away with TIFs. There is no legitimate reason for a TIF to still be on the books for 25 years.