In its zeal to mock conservatives over the difference between weather and climate, AMERICAblog yesterday instead showed its hypocrisy: 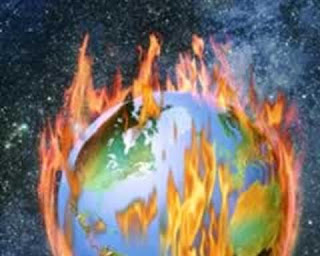 This is the favorite time of the year for Fox News and their political class viewers.  Fox and climate deniers will all have a hearty laugh when it’s snowing somewhere in Minnesota or even Washington, DC in January, using that as proof that climate change is a joke. At the same time, they will ignore record heat temperatures elsewhere in the world.

That’s mostly because Fox and their viewers barely understand that there’s a world outside of the US border — and facts and science confuse and scare them — but regardless, those individual temperatures aren’t important (you’ll always have outlier weather here and there). It’s the longer term changes and the extended periods of time that count.  Or in simpler terms, they’re talking weather, we’re talking climate....

So far, so good.  I 100% agree with their assessment that conservatives are talking about weather and not climate.  But then the argument turns to hypocrisy:


Hurricane Sandy went a long way to helping many appreciate the seriousness of climate change but we’re still playing catch-up and are far behind. Oh, and if you don’t think global warming is real — talk to America’s ski industry, a good portion of which may be wiped out by the end of this century.

Hello...that is still WEATHER. Short term warming and cooling cycles last tens if not hundreds of thousands of years. Long term warming and cooling cycles last millions of years.  You have to look at much, much longer period of time, spans even longer than the past 140 years of recorded temperatures to make estimates of warming and cooling trends.  And certainly a storm doesn't prove anything.  Funny thing though, last summer when we had a heat wave, alarmists, including AMERICAblog, had no problem claiming that the summer's heat wave was proof positive of global warming.

Jan. 25, 2013 — Policymakers are attempting to contain global warming at less than 2°C. New estimates from a Norwegian project on climate calculations indicate this target may be more attainable than many experts have feared.

Climate researcher Caroline Leck of Stockholm University has evaluated the Norwegian project and is enthusiastic.

"These results are truly sensational," says Dr Leck. "If confirmed by other studies, this could have far-reaching impacts on efforts to achieve the political targets for climate."

Temperature rise is levelling off

After Earth's mean surface temperature climbed sharply through the 1990s, the increase has levelled off nearly completely at its 2000 level. Ocean warming also appears to have stabilised somewhat, despite the fact that CO2 emissions and other anthropogenic factors thought to contribute to global warming are still on the rise.

It is the focus on this post-2000 trend that sets the Norwegian researchers' calculations on global warming apart...