Shaking Down College Students and Their Parents for Money: What the Crackdown on Drinking on College Campuses is All About

This morning brought yet another news story of a bust of underage drinkers, this time a story concentrating on excise police busts during tailgating at this weekend Indiana University-Michigan State football game. The Indianapolis Star reports:


This is the first fall semester that the Excise Police are implementing their Intensified College Enforcement program, a concerted effort spearheaded to curb underage drinking and related behavior -- such as binge drinking -- at six colleges across the state: Ball State, Indiana State, Notre Dame, Purdue, Butler and IU.

Police say they're optimistic that ICE will have an effect on curbing underage drinking overall. So far this year, they made a record-breaking 110 arrests at the Sept. 14 IU-Ball State game and issued 99 citations in the Sept. 22 Notre Dame-Michigan matchup. 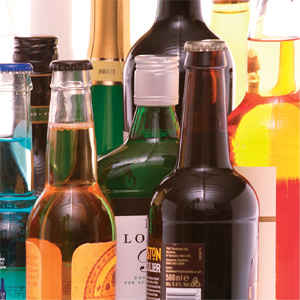 But they won't know how effective the program is until they have enough arrest and citation numbers over the next few years for comparison's sake.

Fifty-one minors between the ages of 18 and 20 were cited with possession of alcohol during Saturday tailgating activities [at IU}, and Lt. Bill Turner said most of them were let go with a citation.

Drinking on college campuses?  Adults consuming alcohol before that magical age of 21?  How long has this been going on?   This never happened back in my college days at Hanover and Ball State.

But law enforcement officials also profit on back end of these enforcement actions.  Those underage drinkers are rarely prosecuted...instead they get funnelled to a diversion program. According to a 2008 report (link to pdf file doesn't work), 98% of the defendants placed in the diversion program in Monroe County are 18-25.  Pay the prosecutor a few hundred dollars and criminal charges won't be filed.  That can be very profitable to arrest the never-ending wave of college kids who pass through college campuses.  How profitable?    Reportedly 37% of the operations of the Monroe County Prosecutor's Office is funded by these diversion fees and that fund was running low this summer. The enforcement actions this fall allowed the prosecutor down there to replenish the fund.

Why spend resources to pursue a home invasion or a robbery, when law enforcement in these college towns can send officers to a college campus and make money busting young adults for underage drinking?

The notion that adults over the age of 18 are not going to consumer alcoholic beverage is every bit as unrealistic as probation was.  In fact, for 18-20 year olds, prohibition still exists and, you know what, it still doesn't work.  Instead of law enforcement officials shaking down college students and their parents for cash, maybe we should have sensible laws and policies that teaches people to consume alcohol responsibly?  That's what happens in European counties who do not have near the problem with binge drinking and drunk driving that we have in this country.
Posted by Paul K. Ogden at 10:34 AM

Between this and civil forfeiture laws (that don't require proof of anything), I have no reason to trust either the police or the prosecutors. Both groups are using their authority as a shakedown club.

Drinking on college campuses should be strictly prohibited. It is not proper for students to get drunk in universities. They should be studying and make themselves better for the society. Maude, royal-essay.com