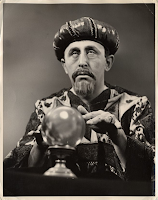 I am a long way from picking a winner in the Presidential race.  But I am ready to look into my crystal ball and predict the winner of the Governor's race.  The winner will be Republican Congressman Mike Pence.   Here's the official line score score so you can bet the farm:

I think Pence might be a notch below at 53%. Possibly Rupert (I shall use his first name as, like Oprah, that is how he's known) might get some Democratic crossover (in addition to typical Republican crossover for the Libertarian) to hit 6%.  I'm comfortable though with Gregg at 41%.  I think the Democrat is definitely looking at the low 40s.

﻿﻿ Given Gregg's conservative, small town credentials, he should have been the perfect candidate to challenge Pence.  But he has run a poor race.  He should have opened by defining himself followed by defining his opponent.  Instead he opened by running a series of hokey ads (I counted five) from his hometown of Sandborn that just didn't work.  While they were meant to be ads combining an introduction of himself with an attack on his opponent, the humor in the ads fell flat.   Even worse, some voters were undoubtedly offended by ads which appeared to portray Hoosiers as hicks and left them thinking that Gregg wasn't a serious candidate.

Meanwhile, Mike Pence has run a strong, picture perfect campaign.  But then again, he hasn't really been challenged.

I can't finish though without mentioning the fine campaign Rupert ran.  He showed himself to be a person of energy and worthwhile ideas.  Hopefully a Governor Pence will make room in his administration for his ideas on criminal justice reform. During the debates, Pence showed some interest in addressing this issue raised so knowledgeably by Rupert during the campaign.
Posted by Paul K. Ogden at 5:18 PM

Gregg is showing absolute desperation by trying to link Mourdock to the Governor’s race.

Independent, if Gregg would have ran a better campaign, he wouldn't have to use that strategy.

I wonder how much more of their unwanted junk mail will be lying on my foyer floor tonight?

I'm not voting for a single one of them.