Andrea Neal of the Indiana Policy Institute pens an excellent column criticizing the gubernatorial candidates' tax cut proposals then suggesting one of her own:


Gregg wants to permanently eliminate the state sales tax on gas at a savings to taxpayers of $540 million a year. He figures that rising gas prices are pinching family budgets, and they could use the break. 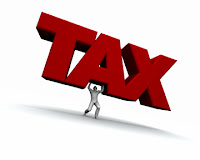 Pence suggests cutting the state individual income tax by 10 percent, to 3.06 percent, which would save Indiana taxpayers $530 million a year. He says that's a good way to give their money back to taxpayers when the state is collecting more than it needs.

Both proposals seem off the mark if the goal is to deliver across-the-board relief.

An impact study by the Institute on Taxation and Economic Policy in Washington, D.C., concluded that 12 percent of Hoosiers would "see no benefit" from the Pence plan. Those are lower-income families who don't pay income taxes at all, but do pay sales taxes on most things they buy, groceries and medicine excluded.

Also, an income tax cut at the state level results, somewhat ironically, in Hoosiers sending more money to Washington. That's because taxpayers who itemize on their federal returns can deduct state and local income taxes. According to the institute, Pence's plan would erase $50 million in itemized deductions.

Gregg's plan suffers from a similar flaw. It would give immediate relief to motorists; yet many of the lowest-income Hoosiers don't own cars and would get no benefit. Plus it gives unwarranted benefit to all those tourists passing through Indiana on their way to elsewhere.

Neal then proceeds to suggest a compromise, a cut of Indiana's sales tax of 7% to 6.5%.  She notes that the cut would cost about the same amount of revenue, yet help all Hoosiers.  Indiana has the second highest sales tax in the country with only California, at 7.25%, being higher. The sales tax now makes up 47% of the revenue for state government.  What Neal doesn't mention is that many local governments have started adopting local sales tax to make that burden even higher.  In Indianapolis, the cost of paying for the sports teams and the convention center drives sales tax up an additional 2% in local restaurants for a total of 9%.

Perhaps the state sales tax could be lowered still further to 6% if sales taxes were gathered on on-line sales.  Contrary to many people's belief, on-line purchases are subject to sales taxes now, it is the just the vendor, unlike with brick and mortar stores, doesn't have to collect them.  Instead Hoosiers are supposed to pay them a "use tax" on Internet purchases at the time they pay their state income tax, but virtually no one does.  Is it a tax increase if you're simply changing the collection method for the tax?  I don't think so.

I would first advocate increasing the standard deduction on state income taxes (currently $1,000), to match the federal amount which is what, $3800 ? The $1,000 state amount hasn't changed in a million years.

Cutting the sales tax across the board would help too.