General Motors Begins Slide Toward Bankruptcy Again; Would a Second Term President Obama Do Another Bailout?

President Obama points to the General Motors bailout as a success.  What is not being reported much though is the stock price is sliding again, the government has lost a bunch of its investment (an unrealized loss thus far), and the company appears to be sliding toward bankruptcy.  Forbes reports: 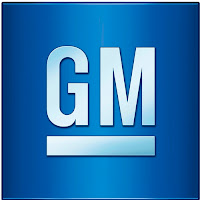 President Obama is proud of his bailout of General Motors.  That’s good, because, if he wins a second term, he is probably going to have to bail GM out again. The company is once again losing market share, and it seems unable to develop products that are truly competitive in the U.S. market.

Right now, the government’s GM stock is worth about 39% less than it was on November 17, 2010, when the company went public at $33.00/share. However, during the intervening time, the Dow Jones Industrial Average has risen by almost 20%, so GM shares have lost 49% of their value relative to the Dow.

It’s doubtful that the Obama administration would attempt to sell off the government’s massive position in GM while the stock price is falling. It would be too embarrassing politically. Accordingly, if GM shares continue to decline, it is likely that Obama would ride the stock down to zero.

The lengthy article continues, discussing how GM's cars continue to be surpassed in quality by foreign car manufacturers.
Posted by Paul K. Ogden at 7:51 AM

I think the next round of big bank collapses will occur first, Paul. All bets are off at that point. The insiders are all liquidating their stock portfolios and investing in gold.

Obama's bailouts remind me of that guy on the Ed Sullivan show who would spin a bunch of plates he balanced on wobbly sticks.

He could keep quite a few of them afloat by putting a lot of effort into running around and applying spin but inevitably they all had to drop back down again -- sometimes with a nasty crash that smashed them into bits.

DI, let's not forget that the corporate bailouts started under Bush.

Gary, what's going to hit the fan is student loan debt. It's the next crisis. People are building up debt that they will never be able to repay and will act as an albatross around their necks for decades. With student loan debt not dischargable in BK, you don't have banks as worried about loaning out money to students.

Paul, as long as the sd debt is non-dischargable, the banks get to show it as deposits and, under the magic of fractional reserve banking, get to write loans against it.

They almost don't care if it's ever repaid.

Don't forget that the student loans were bundled as securities and sold as tranches. The derivatives boys also got in the game and wrote insurance on the tranches.

This is one mighty big knot that it's going to take forever to unravel.