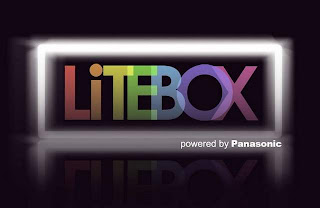 
When an Indianapolis Star investigation raised questions about the shaky financial background of Litebox founder Bob Yanagihara, city and state economic development officials insisted their support of the project posed no risk to Hoosiers.

That "no-harm, no-foul" claim may have been true in regard to about $10 million in proposed state and local incentives offered to the startup that promised 1,100 new jobs in Indianapolis

Now, as Yanagihara's once-heralded project appears to be fading to black, two Indiana companies say they are out more than $50,000 in connection with their dealings with Litebox.

Indianapolis economic development officials, meanwhile, say incentives initially offered to Litebox have been pulled off the table. Litebox is no longer eligible for tax breaks or other incentives, said Jessica Higdon, marketing director for Develop Indy.

Higdon could not say specifically what had changed about the project but added that city officials have seen little evidence of progress since the October announcement.

"We're not aware of any movement at the (plant) site," she said. "I believe they have made some improvements at the East Washington Street site, but I am not aware of the scope."

To see the rest of the Star article, click here.

Don't get me wrong.  The Star has done excellent investigation work on Litebox.  However, as I recall, it was blogger Gary Welsh of Advance Indiana who initially raised questions about Litebox and reported on the questionable background of Yanagihara.  (Actually it was pointed out to me that the IBJ might have been the first one to report the story...either way, it wasn't the Star.)  The Star initially fell into a cheerleader role on the project, praising the deal, as did the rest of the local media.  It wasn't until the blogosphere, led by Welsh, began digging into publicly available records that questions were raised.
Posted by Paul K. Ogden at 12:24 PM

Point worth making. The dinosaur media still can't honestly credit the New Wave which is no longer new.

Your chummy Republican god ole boys gladly roll an out of town pile of garbage into the "lite" and run out Hoosiers who push their good ole boy friends out into the sunlight for their crooked behavior and then the lawyers run scared to push the legal system to do their jobs.

Does anyone in Indiana really have any ethics and know the difference between right and wrong?

I certainly hope the new editor has enough guts to open the curtain and let the sunshine in.

For those of us that got run out of the state look long and hard and laugh daily at the see no evil, hear no evil and look totally the other way in Indiana.

And Bob was even 'liking' comments on the story as well as replying that some new developments were still coming 'soon'.