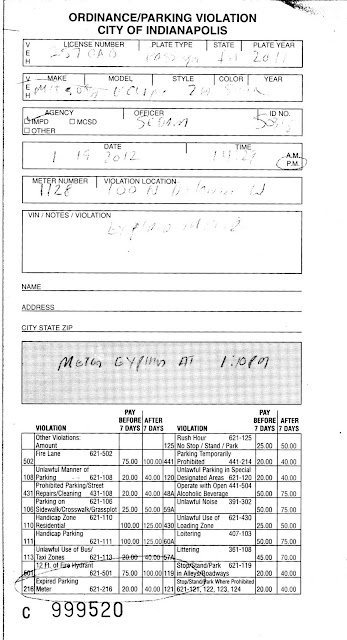 I want to thank City officials for voting to give away control of these parking meters and 70% of the revenue for the next 50 years.  Now with this asset in the hands of a politically-connected company, I know that I can complain and elected officials will hold ACS's feet to the fire. After all, ACS screws up and provides bad service, the City won't renew the company's contract in 2061. 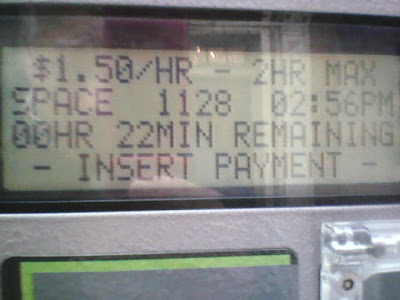 Now if I didn't know better, I'd say that was a stab at sarcasm.

Lucky for you, you're a Republican party official and can get instant access to a sympathetic ear in the Mayour's office.

I hate those meters! I hate them more than anything the city has done before this.

Recently I went to Broad Ripple and had to use one of those cursed machines. A man came out of Hardwick's and told me it was killing business because people hate the parking hassle now.

I now avoid patronizing businesses where I have to use those parking meters.

Sorry businesses, I used to love to shop and dine with you, but can't justify the hassle of the parking meters now.

Of course it is even more exasperating to think you can get a ticket even when you've paid the meter!

I will never forgive the Republicans who voted for that deal. There is no excuse for giving away 70% of parking meter revenue for a small upfront payment. We could have done the meter modernization ourselves. I don't have a problem with meter modernization as long as government, i.e. the people, retains control over parking.

Just got a $20 ticket for a meter that charged the credit card 25 cents & not for the two hours requested.

How about taking ACS to small claims?

I can hear them now, when you try to fight this.

"The plaintiff's photo shows meter space 1128 having time remaining but does not indicate the date. Pay your fine on the way out."

I thought of the small claims court action, but until there is an action to try to collect the ticket, which would be administrative, I don't have anything to sue on.

Good point, DI, about the date. I hadn't noticed that. A bigger problem is that they can claim you put money in after the fact. How can you disprove that. ACS doesn't provide a receipt when you get time, though they could.

Seems to me to put the pressure on the businesses that rely on people parking at their meters.

Maybe if the businesses formed a collective voice, we would have some power.

I just feel sorry for the good business owners that will suffer because of this. I know I'm not going to patronize businesses with these meters if I can help it.

When my friends want to go to lunch, the only places I propose are the ones with parking lots and I usually get my way.

I live in Broad Ripple and, so, walk to places or take a cab home (from an establishment that serves alcohol by the drink). If I am downtown, generally I use a parking garage. But wait---those are companies that partnered to get the meter contract in the first place. Huh. That's sure a coincidence.

Yes, Mark, I'm sure it was a big coincidence, as too is the fact that the rates in the garages have been rising.

For the sake of argument, how will a judge know that you or someone else didn't feed the meter after the ticket was issued but before taking the pic? What percent of the time does a judge take the word of Joe Blow over that of a cop? You will get off for a parking ticket, but you wouldn't if a cop claimed he found some weed on you... especially if you are Black.

Using your card to feed the meter would provide a verifiable paper trail of the date and time of payment, if not the meter. Plus ACS would make a few fewer pennies when they process the transaction.

I wonder how many other people are being ripped off? Could make a good class action law suit in the near future.

Having encountered four malfunctioning meters in the last six months on roughly 30 parking occasions, I'm up for a class action, as there must be thousands of instances given my ration of experience.