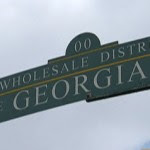 I had a chance last night to listen to part of the Indianapolis City-County council debate on the plan to lease (for free) the newly remodeled Georgia Street to Indianapolis Downtown, Inc. (IDI) an organization that lives on city government handouts, spends lavishly on itself and does little work on promoting Indianapolis that is not or cannot be handled by other organizations.

Once again, it appears that we have a city asset taxpayers have spent millions on, only only to find our city leaders want to give it away to a private entity for free.  IDI will manage the place, but apparently will also keep all the profits associated with the venue.

What amazed me was that my fellow Republicans, with the notable exception of Christine Scales, was all for simply handing over the property to IDI, without even bothering following normal statutory procedure, i.e. doing an appraisal and taking bids on running the venue.

Meanwhile Democrats like Brian Mahern, Dane Mahern, Angela Mansfield and even Monroe Gray played the role of fiscally responsible legislative officials asking whether the council should be following proper procedure and making sure the deal was in the best interests of the taxpayers.

When did my Republican Party representatives abandon the role of being responsible stewards of the taxpayer money?   Viewers who didn't know the individuals involved would have thought the Democratic councilors were the Republicans and the Republicans were the Democrats.   The GOP majority shows why they deserve to be in the minority come January 1st.

Libertarian Councilor Ed Coleman also voted for taxpayers and against the giveaway.
Posted by Paul K. Ogden at 8:15 AM

What concerns me is it probably means that IDI can close it off and operate it as a completely private space whenever they want -- and they probably will during the super bowl.

During the NCAA event a couple weeks ago, I heard a commercial about access to Georgia street's new fan area being 'only $8.'

IDI will likely make a bundle off of this venue for the Super Bowl.

Its all about getting the IDI panhandlers out of the Mayor's office and off his back for yearly handouts/fake contracts. This way they can get all the gravy that should have gone to the taxpayers or be available to the taxpayers for free.

These freeloaders have fed at the government trough, wearing their Prada and Gucci, during the term of three Mayors now. All they have to really do for all the tax money they've gotten is show up whenever a dog and pony show is produced by the Mayor for public consumption.

The GOP should be ashamed.

I'd like to see a thorough investigation of the CCC members as it related to conflicts of interest between their proposals and themselves and relatives & other work/employement status.

I like to see how much money IDI has spent at Jackie Nytes' Printing Partners over the years.

HEI,
Well said!
I've been in many a meeting with IDI - if certain people are involved, IDI skates by with their B.S. But every once and a while, someone from the city calls them on their - "do this for us" - crap and are basically backhanded and told that they should be doing stuff for the city since that is supposedly why we give them taxpayer money. It was fun to watch - but afterwards we all knew that they would be returning to their luxe offices and we would return to our 50-year old desks and 30-year old chairs - and we would work and they would keep grinning and produce press releases and trumpet phony statistics.