There has been no independent polling done in the Indianapolis Mayor's race and there probably won't be any before the November 8, 2011 election.  That is probably because of the high cost of polling and the fact that newspaper outlets like the Indianapolis Star are struggling financially and simply do not have the money to pay for a poll.  It has also become increasingly difficult to conduct scientific polls in an age where people no longer have cell phones and caller ID and voice mean people don't pick up the phone unless they know the caller. 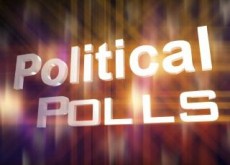 Campaigns though have to do tracking polling in order to gauge what message is working.  Tracking polls, which only poll a few people every day with older results rolling off the poll, are not designed to give an accurate big picture of the race, but rather are done for the purpose of showing what message is moving (or not moving) the electorate.

First, the commercials the candidates are running have changed.  Indianapolis Mayor Greg Ballard is running a sharply negative commercial on challenger Melina Kennedy, while Kennedy has a new commercial out that is a 100% positive piece.  The fact Ballard has gone negative signifies to me that Kennedy's attacks on Mayor Ballard's record has caused the Mayor's numbers to fall.    The fact Kennedy has gone back positive to me signifies she in the last stage of the classic positive-negative-positive challenger campaign strategy.

Second, as noted in the story below, Kennedy's post-election report fundraising has taken off, far outpacing the Mayor's. Kennedy's contributors are movers and shakers in the City who have decided to place a bet on the challenger.  Many of those people have access to inside information such as the tracking polls of the campaigns and they are betting on Kennedy.

Then again, I could be wrong and Ballard might be comfortably ahead.
Posted by Paul K. Ogden at 3:07 PM

I think you're dead on. I'm going to post my election day predictions on Tuesday, and stuff like this is going to be important in my thoughts.

geez, do we have any other choice? I mean someone who can actually win and is not in the pocket of one of city's law firms.

I think you are dead on right as well. I have friends working on the Kennedy campaign -- the internal polls are showing a shift and I feel the momentum is now fully behind Kennedy.

Either way the Combine's candidate wins.