Indianapolis Budget Did Not Pass On A "Bipartisan Vote" 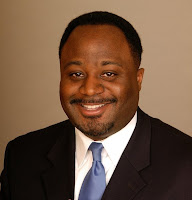 Abdul, who fancies himself as a member of the mainstream media but who consistently compromises his jounalistic integrity with consistent pro-administration spin on his stories, is at it again.  This time he is portraying the vote by the Indianapolis City-County Council in favor of Mayor Greg Ballard's  budget as a "bipartisan vote?"  His reasoning?  Democrat Brian Mahern voted witht he Republicans.

But that is not the way a "bipartisan vote" is defined by political scientists. If that were the definition, there would almost never been a non-bipartisan vote as even partisan votes very often involve a crossover or two, especially in a body as large as the U.S. House which has 435 members.