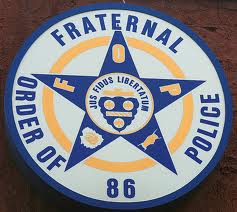 NOTE:  This is not incorrect. Five at-large candidates were endorsed though only four can be elected.

The following candidates were endorsed in the district races.

*****************
Of the 26 endorsed candidates, 19 (or 73%) are Republican.  That makes the lopsided endorsement of Democratic mayoral candidate Melina Kennedy even more significant.  As evidenced by this endorsement list, the FOP is a Republican-leaning organization and has a long history of endorsing Republicans for Mayor and other offices.  The vote for Kennedy was a clear repudiation of Mayor Greg Ballard and Public Safety Director Frank Straub.

The Republican incumbent councilors who did not get endorsed was the most surprising.  Ben Hunter had been a police officer with IMPD up until 2008 and is now director of public safety for Butler University.  Hunter has been very involved in law enforcement issues, but is also very supportive of Straub. That police officers not only refused to endorse one of their own, but endorsed Hunter's opponent.  That shows how deep the Straub inflicted wounds are.

Likewise Republican southside Councilors Aaron Freeman and Jeff Cardwell had their Democratic opponents endorsed.   Meanwhile the FOP chose not to endorse Republican Incumbent Marilyn Pfisterer in District 14, instead opting for :no recommendation."  Undoubtedly Freeman, Cardwell, and Pfisterer's open support of Straub cost them an endorsement.

I was a bit surprised that the FOP didn't choose to remain neutral in District 24. Libertarian Ed Coleman is a strong supporter of law enforcement and a vocal critic of Straub.  He apparently couldn't overcome the fact his Republican opponent, Jack Sandlin, is a former Indianapolis Police Department officer.
Posted by Paul K. Ogden at 5:14 PM

The biggest shocker is that Bill Levin did not get the NOD from the FOP.

what happened to the blog, Welcome to My Tea Party?

curious, last I checked, the primary author of the blog is taking a bit of a break. She still posts guest columns on occasion.

I knew she was taking a break. I'm disappointed to see though that the blog has been deleted. There were tons of research in that blog that I hope hasn't been lost.

Bill....I hope you will come to the fundraiser party for Bill Levin on Sept 24th. Everyone is invited.

Who cares who FOP endorses!

MCB, police office have a lot of clout in local politics. The FOP represents that. That's why it is important.