Political Analysis: What To Expect During the 2011 Indianapolis Municipal Campaign 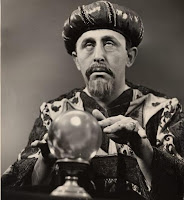 April 2011:  Head-to-head poll shows that Kennedy would lose to Ballard by 16 points, 58-42.  Pre-primary campaign finance reports shows Kennedy's ads have depleted much of her resources. Ballard's pre-primary report shows nearly $1 million in the bank, but still an alarming rate of spending on campaign overhead.

May 3, 2011 (Primary Day):  Democratic Melina Kennedy wins the primary with 57% of the vote.  Gibson and Carson split the rest of the vote. Republicans chide Kennedy for losing 43% of the Democratic primary vote.

May 15, 2011:  Post-primary, head-to-head poll show that Ballard has expanded his lead over Kennedy to 28 points, 64-36.  Abdul calls the lead "overwhelming" and declares the race over.

May 16, 2011:  Kennedy calls for a series of debates with Mayor Ballard. Ballard campaign refuses to debate and says the Mayor is too busy with running the city.

June 15, 2011:  Democratic internal polling allegedly shows Ballard's positives have dropped as a result of the Treacy attacks and the race has narrowed.  Ballard campaign scoffs at the poll that Democrats refuse to release and suggests its internal polling shows no tightening and that Treacy ads have had no effect.

July 2011:  Media uncovers possible scandal in the Ballard administration involving a contractor.  Democrats call for an independent investigation.  Media has several days of negative headlines about lax oversight within the administration.

Mid September 2011:  After a quiet summer, Republican council candidates suddenly find themselves under attack with coordinated direct mail pieces sponsored by the state and county Democratic Party. The ads attack Republicans for raising taxes/fees and their vote on the ACS parking meter deal, the Pacers $33.5 million subsidy and scores of other unpopular votes.

Early October 2011: Beleaguered Council Republican candidates demand assistance from the local county GOP party but are told that all the party's resources will be devoted to the re-election of Mayor Ballard.   Chairman Kyle Walker argues that their races depend on the success of Mayor Ballard re-election.  Council candidates grumble about the strategy.

Early October 2011:  Democrats claim to have an internal poll showing the race dead even.  Later media poll confirms that the race is now a toss-up.

Mid October 2011:  Marion County GOP abandons positive message and attacks Kennedy in a series of negative ads linking her to the Peterson administration.

November 8, 2011:  Due to Democrats' superior get out the vote effort, Kennedy wins easily 56-42 over Mayor Ballard.  The Libertarian candidate gets 2%.  Republicans badly lose all at-large seats and other district incumbents. Come 2012, the Democrats will have a 19-10 majority on the council.

Mid-November 2011:   Marion County Chairman Kyle Walker undergoes criticism for his decision to abandon council Republicans to pour all party resources into re-electing Mayor Ballard.  The Ballard campaign itself will be sharply criticized for the 44 point swing from the highwater mark of the campaign in mid-May to the Mayor's poor performance on election night.

December 2011:  State Republican chairman Eric Holcomb cites Marion County GOP as the weakest link in the Republican chain and decides to review the operations of the organization.
Posted by Paul K. Ogden at 9:33 AM

Let's hope the Marion County GOP gets handed to them all it deserves.

It's very easy to run out of tea, especially when you don't like it...

Probably pretty close to the way it's going to play out.... Although it will never get to a 28 point margin in favor of Ballard. That's demographically impossible in Marion County.

Typicaly what you do see in these types of races though where one party has a strong majority in the county is that the minority party polls better on county-wide races than they actually run.

Good Point... I would say that if Ballard isn't 20 pts ahead right now he has no chance. Remember when Brizzi polled 20+ pts ahead of Kennedy very early? She ended up losing by about 3 pts. If Ballard is only up 10-15 now.... he's toast!