On Jim Shella's blog the Channel 8 reporter breaks the news that former Indiana Attorney General Steve Carter is considering running for the Republican nomination for Governor. 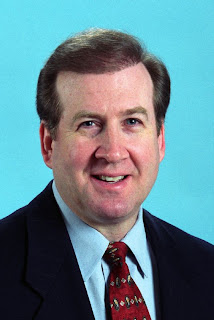 When I worked at the Title Insurance Division at the Department of Insurance, I had a number of dealings with the Attorney General's Office under Steve Carter. The AG regulated real estate players, in particular real estate agents, appraisers, inspectors, etc. I've recounted on my blog multiple times the problems with the AG's office. It wasn't just the Title Insurance Division that had trouble with the AG. Every office that interacted with the AG's office in regulating real estate matters - the Department of Financial Institutions, the Secretary of State, etc. - came away complaining about the do nothing Attorney General's Office under Steve Carter.

The do nothingness of the Attorney General's Office was not just confined to real estate. It was virtually impossible to get the Attorney General's office to take any action whatsoever to protect consumers or taxpayers. The AG always complained he was powerless to protect Hoosiers from wrongdoers...unless, of course, those wrongdoers were using the telephone. AG Carter was all over telephone privacy.

Now Steve Carter, one of the most ineffective Attorneys General this state has ever had, a man who constantly claimed he as Attorney General had no authority to protect Hoosiers, wants to be Governor? Thanks, but no thanks.
Posted by Paul K. Ogden at 4:55 PM

He's no match for Mike Pence.

What a bunch of poppycock. The AG's office under Steve Carter had it's greatest success in protecting the Indiana populace from trash phone calls. His efforts created a stronger law than the national law and Hoosiers have benefitted exponentially. He might well be a great governor, but then so would Mike Pence. However, I think Pence's talents would be wasted here and he should be the next Senator from Indiana.