Mayor Ballard Has No Path to Win Re-Election

The public TV channels have been running the Bingham McHale post-election political forum which covered an assortment of topics. Last night the panel discussion hosted by Jim Shella was featured. Panelists included Star Columnist Matt Tully, WIBC political reporter Eric Berman, WTLC's Amos Brown and a reporter from the Fort Wayne Journal-Gazette.
At the end of the discussion of 2011 and 2012 political issues, the panel got around to this year's Indianapolis Mayor's race. Shella boasted about Ballard's 57% approval rate in a WISH-TV poll, Tully, of course, talked positively about Mayor Ballard's chances and Eric Berman chimed in that people are satisfied with Ballard and he has all the infrastructure improvements he can campaign on. 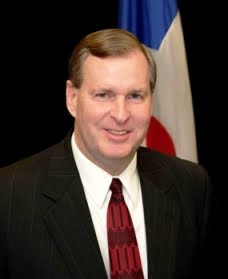 Amos Brown though got it right. First, Brown expressed skepticism about the 57% approval rating, questioning the methodology. While he brings up a good point, I don't even go that far. First, of all Shella is dead wrong about the significance of a 57% approval rating. For a mayor who has had three years to set an agenda and almost unchallenged use of the bully pulpit to frame the issues, 57% is a bad approval rating. Ballard's approval numbers need to be around 70% in order to survive the inevitable election year onslaught on his record. With 57%, Ballard has virtually no cushion, in a solidly Democratic county to boot.

Next Brown pointed out that Ballard "has alienated his base." I have no doubt Shella, Berman and Tully were dumbfounded by that claim. Interestingly, Amos Brown, who no one will accuse of being a conservative Republican, has a better understanding of the conservative Republican base than do the three reporters. Fiscal conservatives in particular are outraged by Ballard's tax and fee increases, his failure to cut government, and his big insider spending deals. This is particularly true of those who worked on his long-shot campaign in 2007. It is virtually impossible to find a 2007 Ballard campaign worker who still supports him today.

Think about it for a second...what if Ballard were a Democrat and had pushed the exact same policies he's done for three years...would Republicans be happy? No, they would be screaming at their top of their lungs about Ballard's fiscal irresponsibility, like they were with Peterson. While Establishment Republicans have no problem being hypocritical and supporting fiscally-liberal Mayor Ballard, rank-and-file Republicans who are motivated more by conservative issues, do have a problem with the Mayor's big taxing, big spending agenda. Ballard can't win re-election unless he gets about 85% of the Republican vote. All Melina Kennedy (assuming she's the nominee) has to do is run a few ads questioning Ballard's fiscal conservatism and she peels off a lot more than 15% of Republicans.

Amos Brown also pointed out that Ballard will not get the support of African-Americans. I can tell you right now that Mayor Ballard actually believes he will get black support because of his administration's work to direct more contracts to minority business enterprises (MBE). That's the shallow way Establishment Republican types think - they believe that black support is something that can simply be purchased. That is an insulting, offensive approach to the black vote. And it also won't work.

In 2007, I saw the importance of the African-American vote play out in my home Pike precinct which is probably 2/3 black. Many black voters stayed home and did not come out to vote. Then when the votes started being counted I saw that Ballard was getting a significant scratch vote...his vote was about 15% to 20% higher than Republican candidates normally get in the precinct. I called my ward chairman and told her that, from looking at my precinct totals, Ballard was going to win the election.

Those African-American voters weren't voting for Ballard though. The ones who did come to the polls and cast a ballot for Ballard, were in fact voting against Peterson.

In his comments on the panel discussion, Amos Brown said that Ballard has "no path to victory." Bingo. 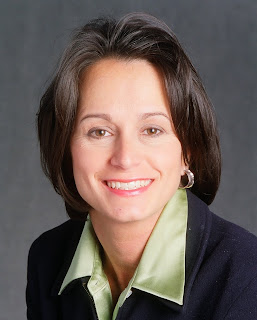 Let's go out on the limb and pretend the Ballard campaign hired me to be a political adviser. My first question to the candidate would be, "Mayor, tell me what issues you intend to use to win re-election?" Here's what he gives me:

SALE OF CITY UTILITIES: This issue will never work. Let's go out on a limb and say the polling was 50-50 on the deal. The problem is that for the 50% against the deal, the selling off of city assets will be a voting issue. To the other 50%, they got their way, and have moved on to other issues. It won't be a voting issue for them.

LOWER CRIME RATE: The Mayor will trumpet this, then the Democrats will trot out their credible statistics saying otherwise which will effectively neutralize the claim. Plus, for an issue to be exploited by a candidate, it has to build upon a pre-existing belief voters have. Voters do not believe the crime rate is going down. Ballard would have to educate voters about the issue before it could even be used. There is not enough time for that. This is not a good campaign issue for the mayor.

ECONOMIC DEVELOPMENT/JOBS: Ballard trumpets economic development on his watch and the jobs he created. Again, Democrats will simply counter with statistics that neutralize the claim, which won't be hard to do given the national recession that occurred on Ballard's watch. Again, for this issue to work for Ballard there would have to be an an enormous education effort first. The rule is any issue you have to educate the voters on before you can use it is not a good campaign issue.

Now look at the negative issues, the issues Melina Kennedy and Marion County Democratic County Chairman Ed Treacy will likely use against Ballard. 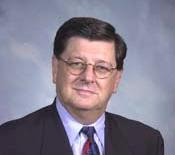 PUBLIC SAFETY PROBLEMS: There is not enough time to fix IMPD's perceived problems before the election and with the Republican gift to Democrats that keeps giving,
Director, er Doctor Frank Straub, the problems will only grow worse. Most of the IMPD issues are easy to explain and they will be voting issues. Plus the problems with Straub have turned off local police officers who tend to lean Republican. Police officers, and their family and friends, are a key Republican constituency.

MISPLACED CITY PRIORITIES: This issue will really hit home with voters. Voters see library and parks budgets being cut while the Mayor is handing out $33.5 million to a billionaire for the Pacers, in the middle of the worst economic downturn since the Great Depression, no less. People are, justifiably, furious about the Mayor's giveaway of tax dollars due to his misplaced priorities. It is an easy voting issue that plays into the public's perception. The Ballard people think they'll be able to educated people about the "different pots of money" in the midst of a political campaign. Any seasoned political pro would see the folly in that.

SELLING OFF OF CITY ASSETS: Voters overwhelmingly were against the ACS 50 year parking meter deal. It's an issue that's easily understood and fits a soundbite. People will vote on that giveaway which also fits into a pre-existing view of the Mayor, that he has put the city up for sale on his watch. I know the Ballard folks think selling city assets is popular. Let me assure them it is not.

POOR LEADERSHIP: Again, it is an issue that fits into a pre-existing view of Mayor Ballard as being a weak leader who is manipulated by the people around him. The public perception is that Mayor Ballard is a nice guy (an assumption that political people who talk about Ballard's abrasive personality regularly challenge) who is in a job over his head.

TAX/FEE INCREASES/GOVERNMENT SPENDING: If Kennedy and Treacy are smart, they'll do a maneuver around Ballard's flank and hammer him on his broken 2007 campaign promises and his support of tax/fee increases and more government spending. The strategy would peel fiscal conservatives off of Ballard's Republican base. Some Establishment Republican types believe they can educate voters to make distinctions in particular types of taxes when they vote so it won't hurt Republicans...just like the different pots of money theory on spending. Yeah, good luck with that. If Democrats use this as a wedge issue, Ballard will have no way of replacing those Republicans who decide to stay home or vote against Ballard. the mayor.

INSIDER DEALS/ETHICS PROBLEMS: An issue that could be brought up is all the insider deals and the Ballard administration's revolving door. For example, Democrats can talk about Ballard's broken promises to stop putting lobbyists on city commissions and top city workers that left to go work with government contractors. While a Mayor Melina Kennedy might not prove any better on this front, the election is a referendum on Ballard, not Kennedy.

A Democratic insider told me she was surprised that the D's polling showed Mayor Ballard to be popular but the policies he's pursued in office to be highly unpopular. I'm not surprised at all. That's exactly what I expect at this point. The next year will be all about connecting those unpopular policies to Mayor Ballard. As noted above, Mayor Ballard has no way to defend against that, no way of stopping his poll numbers from sinking like a rock. Mayor Ballard has absolutely no road map to victory in 2011. The election is over the minute he is renominated.

Pictured from top to bottom: Mayor Ballard, Melina Kennedy and Ed Treacy.
Posted by Paul K. Ogden at 11:17 AM

Paul, you forgot to talk about all of the no-bid contracts that the Mayor hands out to his friends.Vane,Hirons,etc.

You forgot "the end of country club politics" on election night. Then he goes ahead and accepts free country club memberships. That won't set well with the conservative Republican base.

Tully and Shella both mocked Ballard's campaign in 2007 and dismissed any chances he had of winning. Their assessment of this year's election is equally as misguided.

Well, Professor Ogden, you've done an excellent analysis yet again. It all has a ring to it. We'll bookmark this entry and review it again on November 9th.

Basicly the city pays for his sone paycheck at Hirons.Hirons hires Ballards son,the Hirons gets no-bid contracts with the city.

To me this is the lowest thing that he has done.Be basicly paid someone to hire his son.
Paul why wont the media do a story on this.

Bill, good question. Getting the Star to do insider dealilng/revolvign door type stories about the west end of market (the state) is no problem. It's the east end (the city) that the Star has no interest in. You'd think it'd be just the opposite...they have to walk farther for the state stories.