Have The Wheels Gone Off The Marion County Republicans' 2011 Election Hopes?

This week Vop Osili, the Democrats well-respect former candidate for Secretary of State, announced he will run for Indianapolis City-County Council in District 15, a safe Democratic district currently occupied by Doris Minton-McNeil. Osili, as noted by the Indy Democrat, brings a certain star power to 2011 municipal elections. 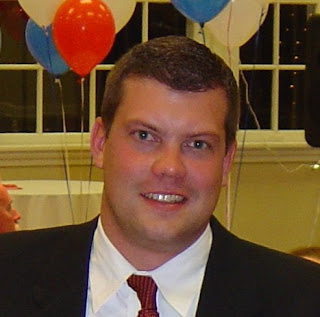 Meanwhile on the Republican side you have to be wondering if the wheels have come off the wagon.

The campaign finance reports of Indianapolis Mayor Greg Ballard show a remarkable continuing trend of burning through money in off years. Ballard's most recent report showed off-year campaign spending of over a half million dollars, about 63% of what he raised in 2010. While Ballard's fundraising in three off years has approached record levels, his burning through campaign money in off years has brought him within a few hundred thousand of his major Democratic opponent Melina Kennedy who wisely banked her cash instead of spending it.

The issues Mayor Ballard's campaign is focusing on is equally mind-boggling. The campaign is trying to sell the public on a lower crime rate when the headlines each day are filled with violent crime. Then the Mayor also seeks to feature job creation as a central theme to his campaign - even though his tenure has coincided with the worst national economic downturn since the Great Depression. Anyone who knows anything about campaign politics knows those issues won't work.

Meanwhile the Republican at-large incumbents and candidates for re-election appear to be floundering. Angela Rivera spent 164% of the money he raised after the caucus that elected him to fill out the rest of Councilor Kent Smith's term. He only has $1,000 or so in the bank. Meanwhile Barb Malone did no fundraising in 2010.

2011 will introduce two new Republican at-large candidates - Jackie Cissell and Michael Kalsheur - who have apparently already been picked by party leadership. The fact that no one has thus far been willing to step up and oppose either shows: 1) how the leadership of the local GOP has strangled the life out of the grass roots organization; and 2) that the seats are not perceived as winnable by many who might choose to take on the challenge. Cissell and Kalsheur have not raised any money for their campaigns.

While the local GOP is floundering going into the 2011 elections, new GOP chairman Kyle Walker shows no interest in rebuilding the grass roots party organization, instead continuing with the same autocratic approach that Tom John took with the party, even going to the extent of reappointing Hamilton County resident David Brooks to a leadership position in the Marion County organization. Many Center Township elected PCs are furious that Brooks is their new chairman. Walker though does not seem to care...instead preferring to have a hatchet man in Center Township to carry out his dictates rather than pick a leader who lives in Center Township and actually wants to rebuild the organization.

It's going to be a long year. Hopefully at the end of the 2011 election debacle, we'll have a cleansing of the party. The profiteers and those not interested in rebuilding the Marion County GOP organization need to be shown the door.

I would expect nothing else from Walker - he is a classic bully.