As someone who used to write a political column, albeit on a much smaller level than the Indianapolis Star, I empathize with the Star's columnist Matthew Tully and have often stood up for him when he's been crticized. I know that it is the job of the columnist to "stir things up," to get people to think about the issues. A columnist is not a reporter who has responsibilities to report the news objectively. A columnist is supposed to offer an opinion, right or wrong.

This morning though, Tully again demonstrated he simply doesn't have a strong grasp of what is going on in local politics and how the political game is played. Penning a column about Mayor B 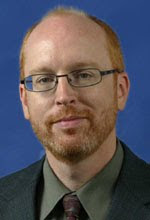 allard's possible re-election fortunes in light of the Democrats sweep in Marion County, despite a national Republican tide, Tully writes:

For most Republicans, this week's landslide elections offered ample reasons to celebrate.

But in Marion County, the results served as a warning -- and perhaps a reason to be nervous -- for Mayor Greg Ballard and his Republican majority on the City-County Council. In race after race, in the middle of the GOP wave, Democrats outpaced Republicans here.
..

Ballard surprised most of us with his 2007 victory, winning -- on a shoestring budget -- thanks to frustration over tax increases and scandals involving former Democratic council President Monroe Gray. His simple message was: "Had Enough?"

His win was a hint of the tea party protests that would hit the national stage later in the decade. His path to victory was similar to the one Republicans enjoyed nationally this year -- Republicans came out in force, independents supported the outsider message and traditional Democratic constituencies stayed home.

Three years later, Ballard is preparing to run as the incumbent, no longer an underdog unable to raise big money. He has a strong record to run on and, thanks to recent deals, will spend the next year pouring tens of millions into much-needed neighborhood infrastructure projects. But he also has the weight of incumbency, including concerns over crime and recent police controversies.

He'll need to not only sell his first term but also make clear he has a vision for a second. Adding to the challenge, Democrats this year proved they have a solid get-out-the-vote strategy -- with a huge advantage in straight-party voting -- and aren't likely to repeat the problems that plagued them in 2007.

Although the county trends Democratic, Ballard's 2007 election and Gov. Mitch Daniels' in 2008 provide evidence that the GOP can still win in this city, unlike in many urban areas. Even in Tuesday's numbers, there are glimmers of hope for Republicans.

Republican Mark Massa, for instance, entered the prosecutor's race late but lost by only four percentage points, and the Republican nominee for state treasurer was in a dead heat with the Democratic candidate in the county. Neither enjoyed Ballard's popularity or the ability of an incumbent to drive the local agenda.

It all adds up to the potential for a hard-fought, close race next year.

Unlike elsewhere, Republicans in Indianapolis had a hard time competing this week. It's an indisputable sign of a built-in deficit that faces the party, one the mayor and his council will have to overcome if they want four more years.

There's so much wrong in Tully's column I don't know where to begin. Tully mentions Ballard's tea party roots, while completely ignoring that Ballard has spent three years ticking off the tea party types and fiscal conservatives who were his most loyal supporters. To have had any chance to get re-elected Ballard has to be the populist, anti-tax candidate he ran as in 2007. That ship on that strategy has long ago sailed long ago. But Ballard of 2010 is as far a way from being a populist as a candidate could be. Ballard is the epitome of the elitist, country club politician cutting services for working men and women while giving millions to downtown insiders.

Ballard is the most unpopular Republican elected official among Republicans I have ever known in my 24 years of being active in Marion County Republican politics, a fact Tully would know if he actually got out and talked to real Republicans who work in the trenches of the party. Instead Tully hangs out with GOP Chairman Tom John getting his quotes whenever he wants the Republican view of how Ballard has done..

Incredibly Tully not only declares that Ballard is "popular," he's more popular than leading Marion county vote getter Republicans Mark Massa and State Treasurer Richard Mourdock. While I had my concerns about Massa and didn't like his child molester ad, he and Mourdock both have empty suits hanging in their closets that would make better candidates than Ballard.

Ballard may have more name ID than those two, but the notion he's more popular is preposterous. When you measure the popularity of a candidate, the No. 1 thing your look at is how many people view the candidate negatively and how deeply ingrained those negative views are. Ballard's corporate welfare moves, including the Pacer $33.5 million gift and the political insider ACS parking deal that mortgages the future of this City, have outraged the public on what will be voting issues come 2011. ("Voting issues" are issues that influence a person's vote.) Have Massa and Mourdock ticked off voters to the degree Ballard has? Absolutely not. There is simply no comparison between Ballard's negatives and Massa and Mourdock's.

Tully appears to be oblivious to the political ammunition Ballard has handed the Democrats. Ballard ran as a tax cutter and has done nothing but propose raising taxes and fees since taking office. He ran as an outsider against country club politics, yet has free memberships at country clubs and free tickets to sporting events. Then you have Ballard constantly handing out money to downtown elitists while ignoring needs of the city like libraries, parks and the bus system. Ballard has taken one globe-hopping junket after another and steadfastly ignored conflicts of interest and ethical problems within his administration. Any political analyst worth his salt can visualize the TV ads the Democrats will be running next year that will tear Ballard to shreds. Yet apparently Tully can't see those ads.

Near the end of the column, Tully claims Ballard has a "strong record" to run on? Really? Pray tell, what exactly is that record? Ballard's supporting increasing taxes and fees more than 100 times, when he, in fact, got elected campaiging against higher taxes? Or Ballard's giving away our tax dollars to downtown insiders, including $33.5 billion to billionaire Herb Simon? Or perhaps Tully likes how Ballard has cut the services enjoyed by ordinary citizens, like libraries, parks and the bus system, while giving millions to make wealthy businessmen? Or maybe Tully likes the fact Ballard asked for zero accountability from the Capital Improvement Board, didn't even suggest a single reform, when the CIB came hat in hand wanting a bailout? Or maybe it is the never ending conflicts of interest and the revolving door on the 25th Floor that Tully thinks makes Ballard deserving of a second term.

Tully loves the fact that Ballard is addressing "infrastructure." Of course, Tully never mentions where that infrastructure money is coming from. Ballard is using 30 year loans and 50 year deals to generate a pile of cash to spend on paving roads, which might last 10 years at best. So Tully has no problem that Ballard is mortgaging our children and granchildren's future to fix up the city in a desperate attempt to get re-elected?

I like to give people the benefit of the doubt. I am hoping that this less than lucid column is the result of the blow to the head Tully received as a result of the mugging. There has to be a reason when a column offering political analysis, from the Star's leading political columnist, would not earn a passing grade in a Campaign Strategy class, a class by the way that yours truly has taught.

So far in my life, I have not met any columnists for the STAR, that I have found fudging the truth more than has Tully.