Indiana Week in Review Runs Away from Controversy; Is It Time for a Competitor?

Has the local political show, Indiana Week in Review grown stale? Let's take a look at the topics of the last three post-election shows: 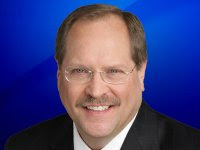 Two Weeks Ago
Political fallout from the Officer David Bisard crash
Richard Mourdock’s interest in a run for U.S. Senate
Freshman Orientation in the General Assembly
The call for tax hikes to pay for rapid transit
Efforts to preserve a horse racing subsidy
Mark Souder’s attempt to restore his reputation

During those three weeks, we've had more Tim Durham stories broken. It's been revealed that county prosecutors have been pocketing millions of dollars that belong to the Common School Fund. Barnes & Thornburg received, from the Daniels administration a highly-controversial $5.25 million contract to represent FSSA in a lawsuit against IBM over the botched Medicaid privatization...even though B&T represents ACS, IBM's partner in the effort. The Indianapolis Star broke the news that officials in the Daniels administration knew about the IURC-Duke conflict of interest early on but did nothing. (Apparently there is an FBI investigation of that scandal.) Just a week or so ago, Indianapolis awarded a 50 year parking deal to ACS, despite obvious conflicts of interest.

I'm sure that readers will point out many more stories that the host of the show, Jim Shella, simply chose to ignore during that three week period in favor of more bland topics. It seems that, at every opportunity, Shella shies away from controversial topics, in particular from topics which might step on the toes of powerful people in Indianapolis and Indiana government.

Not only are the topics lacking, so too is the panel. Every week the show features partisan spokespersons, usually Republican Mike McDaniel and Democrat Ann Delaney taking valuable time simply spouting the party line. The only ones who dare offer independent analysis of Shella's milquetoast topics are the reporters (and in the case of think tank president John Ketzenberger, a former reporter) and even that analysis is generally greatly tempered.

In terms of covering state and local politics, the Indiana Week in Review show is the only game in town and has been for years. I think the show has to be pushing 25 years old, having originated before Shella became host maybe 15 years ago. By now its audience can't be more than political junkies who have nowhere else to tune into to get their fill of political discussion.

A new state/local political talk show that tackles the tough issues and which has panelists who actually speaks their minds, would within a month or two eclipse the IWIR audience. Is it time for such a show? I think so.
Posted by Paul K. Ogden at 12:52 PM

It's long past time. I wrote Jim Shella about five years ago, with virtually the same comments regarding the political talking heads and their constant partisan talking points taking the place of real analysis.

He thanked me for my comments and indicated that he had not intention of changing the tenor of the show.

If Shella had competition, I'm sure he'd change the show real quickly. If he didn't it would get blown away in the ratings.

The show covers exactly the topics that pass muster with the show's sponsor, Ice Miller. Jon Schwantes hasn't worked in Indiana in years. He works in Columbus, Ohio. McDaniel is a lobbyist first and a Republican last. Ann DeLaney and her husband have business and political ties with most of the people the show covers. This is a woman who was caught red-handed offering legislators state jobs in consideration for their votes on legislation pushed by the Bayh administration. Her husband boasted of saving a corrupt attorney who used his position for self-dealing purposes to make money off the Lawrenceburg casino deal from indictments because his wife controlled who was appointed to the U.S. Attorney's office. She and her husband had a special relationship with Steve Goldsmith, who did the bidding for Delaney's client, the Simons, in destroying Augustus Mendenhall. It was their abuse of power that caused the young Mendenhall to go off the deep end and seek revenge against DeLaney in attempting to kill him. The Delaneys operate above the law and nobody holds them to account for their unethical conduct. They are to blame for what Mendenhall was driven to do, not his father. Imgine the irony of their daughter, who is as big of bitch as her mother, getting to decide whether Mendenhall had the character to practice law. Jim Shella is a corrupt politician's favorite reporter. He has never once rooted out corruption in his job as a State House reporter. He schmoozes with lawmakers and lobbyists so his stories are spoon fed to him and he can work a short day. He is one of the laziest State House reporters over there. He has known about so many corrupt things he won't report about because he considers himself friends with the people involved. If WISH-TV had any reputable news director, they would have fired him years ago for gross incompetence and malfeasance in the performance of his job as a State House reporter. If the station was smart, it would fire Shella and replace him with Brad Edwards.

Wow. I wrote Shella after he took over the previous host (who lost the gig after a DUI), asking where the 'edge' went. He wrote back with some wimpy reply.

WFYI won't do anything to upset the corporatists that run this city. Check out this list of corporate sponsors:

I stop watching a long time ago. Same with Channel 8 news after Mike Ahern retired.

The guy who used to host it worked for WTHR. His name escapes me, but he made a lot of enemies because of his investigative journalism against House Speaker Mike Phillips, which helped topple him, and his reporting on some bad cops, including Sheriff Cottey. He was deliberately targeted for arrest for a DUI. Unfortunately, he did drink and drive and brought himself down on that one. The political insiders were too happy to see his downfall and departure from the State House.

Shella is similar to Tully, in that both are engaged in opinion manufacturing, not reporting.

Indy is a mini Soviet Union.

The former host I believe worked solely for WFYI or so I thought. I can't remember his name. He came to my class along with a couple other IWIR panelists in the late 1980s when I taught at IUPUI.

The SOLE reason I do not include WFYI in my charitable giving is Jim Shella and his weekly show.

WFYI sold out. They should be above allowing sponsors and a stooge like Shella control their political programming.

His name is Bill Hussung, Paul, and he did work for WTHR. He now works as an independent documentary producer.

We stopped watching IWR years ago for all the reasons you listed. In our household, we call Jim Shella "the Feather."

Amen. I've got two hatchet-jobs that are the reason I don't donate to "public" broadcasting: Jim Shella and NPR (National Propaganda Radio). Performed upon protesting citizens at the Indiana statehouse and Juan Williams for daring to speak his mind on air travel.

If "public" (denoting ALL the people) broadcasting is incapable of attempting to air both sides equitably, they need to fend for themselves like our other media outlets. I don't even agree with Juan Williams six or seven times out of ten- but the guy is not staying in a box for anybody.

What- we're doing fabulously well as a country, entrenched deep within our respective camps, oblivious to even airing or listening to the other side? Yeah- that's working out real, real well for us.

Bill Hussung's work is the investigative journalism of a bygone era. Imagine if we had someone of his ilk to cover the Barnes & Thornburg administration.

Compare Hussung in this montage, to Shella:

Shella is a nice guy, and I mean that in the worst way.

Anyone else notice how Shella uses every opportunity he can to take shots at Mike Delph? It says a lot about whose side he is on given Delph's push for ethics reform for state legislators. Shella always allows himself to be used by the political insiders to put down anyone who threatens their fiefdoms.

Unigov, that Youtube clip is amazing. What happened to journalists like that? We've got McQuaid, and Millz has shown some backbone in regards to the Airport Authority, and that's about it.